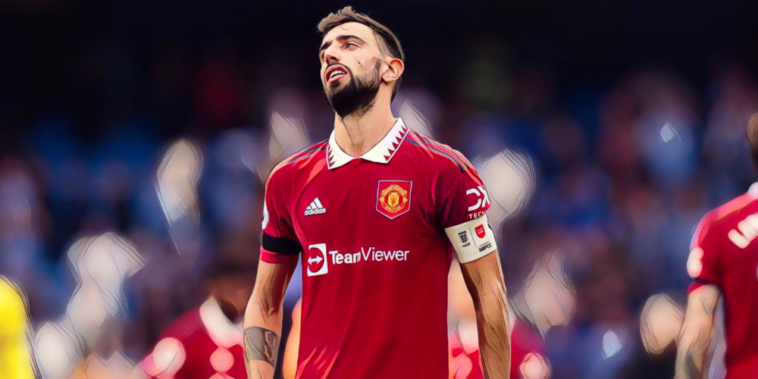 Bruno Fernandes insists Manchester United must focus on themselves and believes comparisons to other teams have been ‘a problem’ in previous campaigns.

United are in the process of a rebuild under Erik ten Hag and have made a mixed start to the new campaign, with Sunday’s 6-3 thrashing at Manchester City a humbling setback for the side.

The Red Devils are sixth in the Premier League and next travel to face Omonia Nicosia in the Europa League’s group stage on Thursday evening, as the club look to move a step closer to the knockout rounds.

Speaking at a pre-match press conference ahead of the clash, Fernandes – who has captained the side during Harry Maguire’s spell on the sidelines – has opened up on United’s development and believes it is important that the squad focus only on themselves.

“We don’t focus on anyone else. We focus on ourselves. That has been a problem for the club in previous years that we want to compare ourselves with other teams, but we can’t do that.

“We have to look at ourselves and look at the problems and what we can improve.

“We can’t think about Arsenal, Liverpool or other teams. We just have to win every game that is in our hands.

“We saw our mistakes in that defeat [at Manchester City] and we have to make sure we don’t do them again. It was a bad game, we conceded six goals, but we have to get ourselves back on the winning track.”