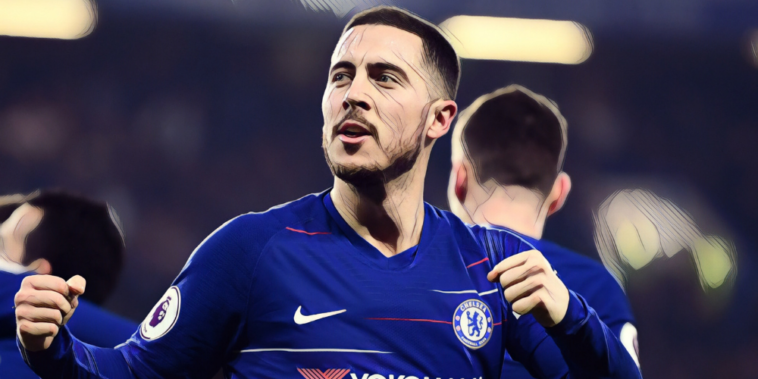 Eden Hazard proved himself as one of the Premier League’s best players at Chelsea, etching his name into the west London side’s history with a series of sparkling performances at Stamford Bridge.

Arriving from Lille with a burgeoning reputation, the Belgian took his game to new levels across seven seasons at Chelsea, becoming a huge fans’ favourite for his fleet-footed football and match-winning brilliance.

Hazard scored 110 goals in 352 appearances for the Blues, winning two Premier League titles and two Europa League trophies among his six major honours, with the winger named as the PFA Player of the Year during the first of those title triumphs.

Full-backs were often fearful when facing Hazard in full flight, as he took on defenders in an effortlessly smooth manner, gliding past challenges and leaving a trail of tormented opponents in his wake.

In celebration of one of Chelsea’s finest footballers of the modern era, we look back at five of Eden Hazard’s best goals for the club.