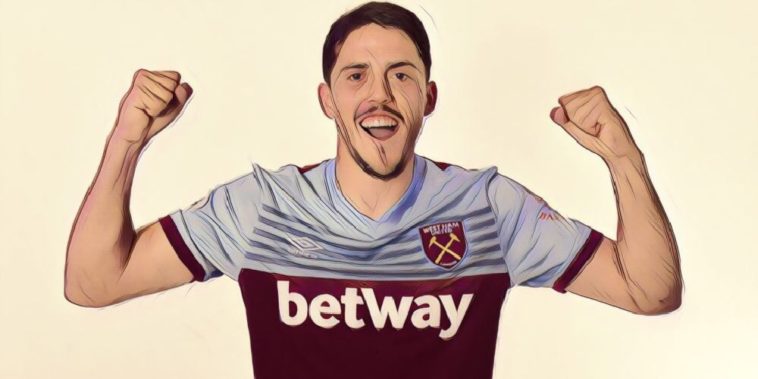 The transfer window is in full swing, and unsurprisingly the top six teams are commanding the most attention. There has been some attention paid to teams outside the top six, particularly with Leicester City’s signing of Youri Tielemans, although this was largely due to reported interest from bigger clubs like Manchester United.

Yet beyond the headlines, there are plenty of teams making savvy moves in the market that could propel their teams to bigger and better things in the 2019/20 season.

Here are five of the best Premier League transfers that have largely gone unnoticed this transfer window.

From the plunges of League Two to Premier League regulars, Eddie Howe has brought AFC Bournemouth a long way over recent years. Yet since solidifying themselves as a stable Premier League team, Bournemouth have failed to make substantial steps forward in their progression.

This is largely due to their defense, which apart from Nathan Ake is generally subpar. This season specifically, Bournemouth faced troubles at pinning down a first choice left-back. Full-back has become one of the most important positions in the modern game for both defense and attack, which has made Bournemouth weaker in both departments. This makes the £13 million purchase of Lloyd Kelly from Bristol City an astute piece of business.

Despite playing predominantly as a left-back, Kelly has also played at centre-back, and his defensive discipline and physical ability showcase why he has been trusted in both roles. He is a dominant force in the air, shown by his 2.4 aerials won per game. He also completes 1.3 of his attempted 1.5 tackles per game, an 87% success rate. This not only reveals he is a capable tackler, but also chooses when to tackle wisely, an impressive sign of discipline for a 20-year old player. Like all modern fullbacks, Kelly is no slouch when going forwards. He is an excellent ball carrier and was often used to progress the ball down the wide space and help initiate attacks from deep.

Eddie Howe has a track record of giving young players game time and improving their overall ability. Kelly still has to improve several aspects of his game, particularly his passing and crossing, but Howe has routinely shown an ability to better his individual players and will be working with a player with plenty of raw talent. Having attracted interest from Liverpool, Bournemouth have certainly secured a promising young player who could solve one of their biggest weaknesses.

Sheffield United’s promotion may have been a surprise, but the Blades were one of the most exciting teams in the Championship last season. After achieving promotion, manager Chris Wilder comes to the top flight of English football with an effective but aging frontline. With the team heavily reliant on the 31-year-old David McGoldrick and the 33-year-old Billy Sharp for goals, Sheffield United needed different options in attack to add youth, energy, and dynamism to their experienced and reliable attacking force. Callum Robinson, signed from Preston North End for £7 million could be that player.

Despite an injury that kept him out of the side for four months, Robinson managed 12 goals and 3 assists in 27 appearances last season. Robinson can play anywhere across the front line, but was most often used on the left, where he can cut inside onto his right foot and use his pace and dribbling effectively.

Preston confirm that they have agreed a deal with ‘a Premier League club’ for Callum Robinson. 13 goals last season despite missing a few months through injury. Aston Villa, Bournemouth, Norwich and Sheffield United have all been linked.pic.twitter.com/kGmOogUtG2

Robinson is a very well rounded player, with his 1.3 dribbles per game at a 66% success rate and 1.4 key passes per game showing he can create for himself and for his teammates. His movement is exceptional, enabling him to drift into space and receive the ball in dangerous areas where his crossing, dribbling, or shooting abilities can be maximized. Robinson is also quite two-footed, and capable of creating and finishing chances with his left and right.

Wilder has found the perfect player for his attack. His 3-4-1-2 relies heavily on crosses, either from deep on the right-hand side or closer to the by-line on the left, or deft through balls from the center, normally provided by John Fleck. In attack, Sharp is a predatory, aerial presence while McGoldrick makes runs off of him, drops off, or is on the receiving end of through balls.

Robinson would thrive in the McGoldrick role, as his movement could help facilitate link-up play or benefit from Fleck’s through balls and Sharp’s presence in the box. Either as a bench option or a starter, Robinson will no doubt provide valuable contributions to the Blades’s attack. Provided he stays healthy and can make the transition to the top flight, Callum Robinson is set to be one of the bargains of the summer window.

Go behind the scenes during Callum Robinson's signing day with the Blades ?#SUFC ? pic.twitter.com/tZmdeiFQrs

Last season, Southampton consistently struggled to score the chances they created. Given that Shane Long is not a natural goalscorer, Charlie Austin is likely to leave the club, and Danny Ings has had frequent injury problems, a center forward of sufficient goal scoring acumen was vital for Ralph Hassenhüttl to improve upon last season. Purchased from Birmingham City for £15 million, 22-year Englishmen Che Adams could be just the man the club need.

Che Adams was prolific in England’s second tier last campaign. He scored more than one third of Birmingham City’s goals in the Championship, netting 22 times in 46 appearances while also registering 4 assists. He exceeded his xG of 18.22 for the season, which normally indicates unsustainable goal scoring. However, this is something Adams has done in previous campaigns as well, showing that Adams is an excellent finisher who excelled as a goal scorer despite sub par service. He is a young, exciting forward who, most importantly to Southampton, is a natural goalscorer.

At Southampton, Adams should be the type of striker Hassenhüttl need to play his direct, vertical passing, pressing style of football. Such a style should fit Adams perfectly, as he can use his pace and positional sense to run onto through balls and benefit from low crosses, both common features of the Austrian coach’s teams. The same pace that enables Adams to be a potent attacking threat will also make him an able presser of the ball.  Moreover, both Southampton as a club and Hassenhüttl as a coach have a reputation of developing young players, so Adams will be stepping into an environment conducive to his development. He’s not the finished article and he may take time to adjust to the Premier League and to a complex tactical system, but Adams could fill a gaping hole in the Southampton squad.

The Ralph Express rolls on!

While Brighton barely stayed in the Premier League last season, the appointment of Graham Potter has injected new life into the club. With the Englishmen known for his attractive style of football, there is hope that the Seagulls can resolve their attacking problems of last season. With Jose Izquierdo frequently injured and Alierza Jahanbakhsh failing to impress, much of the Brighton attack relied on the creativity of Pascal Gross and the goals being scored by Glenn Murray or through set pieces. As such, the arrival of Leandro Trossard for £14 million could be one of the steals of the transfer window.

Trossard was most often used on the left side of attack, and impressed as a well-rounded playmaker for Genk. He scored 14 goals and had 7 assists in 34 matches, completing 1.38 dribbles per 90 minutes and having 2.05 key passes in open play per game. His dribbling prowess enables him to push defenses back and create space in the box, where he can either cut inside onto his stronger right foot to pass or shoot or go outside and cross with his fairly strong left foot.

✍️ You’ve waited a while, so here you go…

? Breaking news brought to you by @eToro.#BHAFC ?⚪️

Trossard also works hard in defense. According to FootballWhispers, he won possession back 2.22 times in the middle third and 2.19 times in the defensive third last season. This array of attributes in both attack and defense should make Trossard a unique, multi-faceted weapon for Brighton.

Potter tends to be flexible with his formations, but there are overt tenants to his philosophy. He encourages his teams to play out from the back and maintain possession of the ball, shown by the fact that his Swansea City side averaged 56.43% possession in the Championship last year.

He encourages his attackers to express themselves in forward areas and affords them a great degree of individual license. Potter is also used to managing sides with minimal financial power, which often means he has to develop players within the squad and improve their overall quality within his system. With this emphasis on attacking football and individual development, Trossard should excel under Potter. His transition from Belgian to English football may not be the smoothest, but in time he should prove to be an excellent signing for Graham Potter’s side.

Despite a shaky start under Manuel Pellegrini, West Ham ended the season with plenty to be positive about. In Lukasz Fabianski, Fabian Balbuena, Issa Diop, Declan Rice, and Mark Noble, the Hammers have a strong spine to build the rest of their team round.

Last season, Felipe Anderson became the first piece to that, adding pace and trickery in the wide areas. However, West Ham were desperately lacking a creative presence in the middle, particularly as Jack Wilshere and Manuel Lanzini struggled with injury. This made the £25 million signing of Pablo Fornals from Villareal a necessity for their front line.

The 23-year-old Spaniard has played as a number eight and as a wide attacker, but he is best utilized in the number 10 role. While his 2 goals and 3 assists in 35 games may not impress, he played in a Villareal side that was in chaos last season, with decisions made about players and managers that were out of Fornals’ control. His 12 assists of the 17/18 season is perhaps a better reflection of his quality. He excels at finding space between the lines, and can maintain possession and find teammates under immense pressure. Fornals also works tirelessly out of possession, making him a true example of the modern number 10.

He should fit very well into Pellegrini’s 4-2-3-1 system. The Spaniard’s ability to link attacking moves, retain possession in tight areas, and feed pacy attackers like Anderson and Michael Antonio will no doubt help the Hammers achieve greater dynamism in attack. With highly-rated French striker, Sebastien Haller now signed to play ahead of Fornals, West Ham could be one of the teams that could break the domination of the top six. It’s safe to say that Fornals will be crucial to that success.