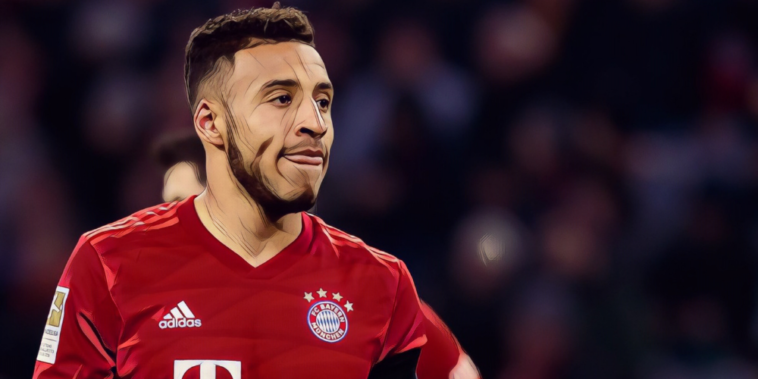 Bayern Munich are reportedly keen to sell Corentin Tolisso for less than €10m with Manchester United and Arsenal among the sides linked with a move.

Tolisso made just seven league starts for Bayern during an injury-hit season last term and has been informed by new manager Julian Nagelsmann that his role will be restricted ahead of the new campaign.

Nagelsmann is currently pursuing a move for RB Leipzig captain Marcel Sabitzer and L’Equipe are reporting that Bayern are prepared to allow Tolisso to leave in a cut-price deal to make room for the Austria international.

Tolisso signed for the Bundesliga side in a then club-record £37m deal from Lyon in 2017, but the report has suggested that Bayern will accept only a fraction of that figure amid interest from Juventus, Manchester United, Arsenal and West Ham.

Both United and Arsenal have been in the market for midfield additions during the summer window, with the Red Devils having been linked with the likes of Atletico Madrid star Saul Niguez, Wolves’ Ruben Neves, Rennes’ Eduardo Camavinga and fellow Bayern midfielder Leon Goretzka.

A move for Tolisso – even given his apparent low asking price – does however seem unlikely given the seemingly better options currently available; the report likely a way of drumming up interest from elsewhere

Tolisso has made 96 appearances for Bayern and has scored 19 goals in all competitions, though has seen his opportunities restricted since a promising first season at the Allianz Arena.