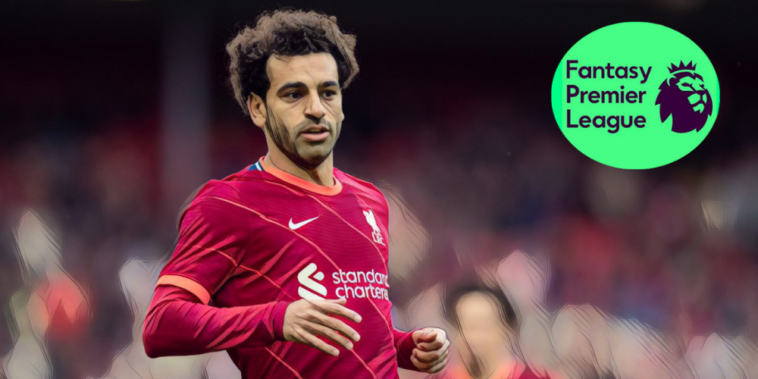 Fantasy Premier League is back and bigger than ever for the 2021/22 campaign, with the division’s opening fixtures set to take place this coming weekend.

Avid players of the game will have been agonising over their squads ahead of the gameweek one deadline, with Fantasy managers hoping for huge hauls and a fast start to the new season.

Once again this season we will be on hand to offer our best Fantasy Premier League advice, including options for the crucial captaincy as we seek to ensure a consistent return of points.

Ahead of the Premier League’s opening weekend, we teamed up with the brilliant Fantasy Football Hub to bring you some insight into who the best options are to skipper your side.

Fantasy Premier League: Who to captain in Gameweek one?

Mohamed Salah ranks as the second-highest selected player in FPL at the time of writing and with good reason, the Liverpool star having been a Fantasy point-scoring machine in recent campaigns.

Salah has registered 95 goals and 40 assists across the past four Premier League seasons for the Reds and will look to get his campaign up and running when Liverpool travel to face newly-promoted Norwich in their season opener on Saturday evening.

No player managed more than the 28-year-old’s 98 shots inside the box last season, whilst he ranked second in the Premier League for shots (126), shots on target (52) and big chances received (33).

Will he be in your #FPL Gameweek 1 team?

After narrowly missing out on the Golden Boot last term (22 goals) the Egyptian will be hoping to start quickly in 2021/22 as he fires Liverpool’s title charge and pursues a third career accolade.

The highest-scoring player in FPL last season, Bruno Fernandes has unsurprisingly seen his price increase for the forthcoming season after hauling 244 points.

Fernandes’ penalty-taking responsibility and share of set-pieces further adds to his appeal, ahead of an opening fixture against a Leeds side thrashed 6-2 at Old Trafford last season.

The Portugal international scored twice in that fixture and Leeds’ willingness to attack could lead to another open contest, with Fernandes – involved in 45% of the Red Devils’ goals last season – likely to be at the heart of it.

Pre-season performances should always be taken with a pinch of salt, but it’s been difficult to ignore the positive showings of West Ham’s Michael Antonio this summer.

The forward has impressed following an injury-hit 2020/21 season, scoring three goals and providing an assist across his past three friendly appearances for the Hammers.

West Ham will be confident of securing a result against a Newcastle side who struggled defensively last season, the Magpies keeping just two clean sheets for the campaign at St James’ Park.

Antonio also performed better in away fixtures last term as his pace and power was utilised on the break, including finishing last season with three goals in the Hammers’ final three away fixtures.

Dominic Calvert-Lewin flew out of the traps last season to enjoy his best ever FPL campaign, scoring 16 league goals in the Premier League to finish the season with 165 points.

Seven of those goals came inside his opening five fixtures and the Everton forward will hope to make a similar start under new manager Rafael Benitez.

Everton host Southampton in gameweek one, with only relegated West Brom having conceded more goals than the Saints last season.

FPL managers should pay close attention to the manager’s press conferences this week however, with Calvert-Lewin nursing a minor knock ahead of this weekend’s fixtures.