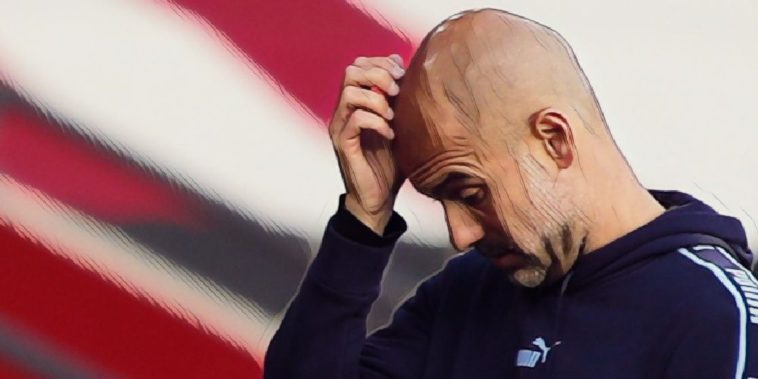 Barcelona legend Xaxi says Pep Guardiola needs to make three ‘exceptional’ signings as Manchester City bid to bounce back from what has been a ‘big disappointment’ this season.

Guardiola’s side crashed out of the Champions League once again with another meek and early exit, losing 3-1 to Lyon in the quarter-finals with the club having failed to reach the last four of the competition since the Spaniard’s arrival at the Etihad.

City‘s disappointment in Europe came after a season in which they fell some way short of Liverpool in the title race, their reign as champions of England ended with seven games to spare, eventually finishing 18 points adrift of Jurgen Klopp’s title-winners.

Xavi has now discussed a disappointing campaign for his former boss at Barcelona, suggesting City will need to spend big to make three additions of the highest quality as they bid to challenge once again next season.

“To not win one of the Premier League or Champions League will be a big disappointment for Pep – those are the two he would have wanted,” Xavi told the Daily Star.

Man City in the Champions League under Guardiola:

“The Champions League even more so because Manchester City have never won it. They have some very good players, of course they do, but Pep needs to be supported in the transfer market this summer.

“It is not that they need many players – just three exceptional ones. We know that will not come cheap, but I would like to see Pep given the money to rebuild.”

The former Spain international – currently managing Qatar side Al Sadd – spoke further on the difficulty City face as they prepare for a transitional period, admitting the club may struggle to replace ageing stars such as David Silva and Sergio Aguero in the transfer market.

“They have got to the stage that you see at all big clubs, where some very important players are coming to the end of their careers,” added Xavi.

“For Silva it is the same. He is a once-in-a-generation player and it is going to cost big money to try and replace him. Aguero has one season left. How many strikers in Europe are there that will guarantee you 30 goals a season like he has for so long?”

City have already completed the signings of Nathan Ake and Ferran Torres this summer for a combined £65m, though have been linked with adding a new striker, midfielder, a left-back and an additional centre-back to their ranks, with Napoli’s Kalidou Kouibaly having been linked.

See also – Not a one-off: Lyon defeat was a microcosm of Man City’s disjointed season