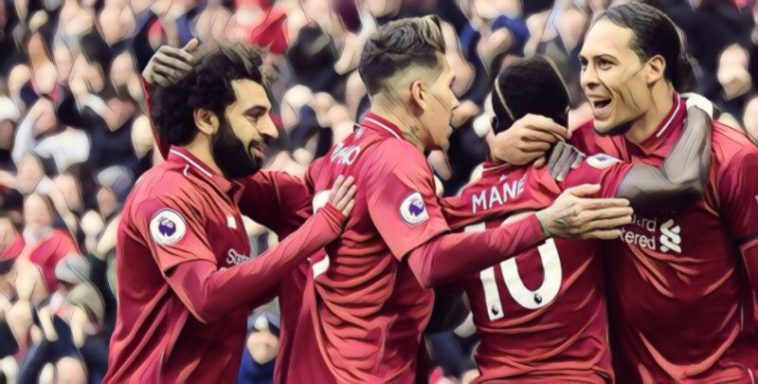 Liverpool’s title celebrations have begun after the club were crowned as champions of English football for the first time in three decades, the Reds winning a maiden Premier League title following a stunning season under the guidance of Jurgen Klopp.

It’s been a hugely impressive campaign on the red half of Merseyside with Liverpool having wrapped up the title with several fixtures remaining, but where does their achievement rank amongst the earliest title wins?

Here are the sides to have won the top-flight title with the most games to spare:

Manchester United’s 20 league titles is a record amongst English football, and the club’s first coronation as England’s finest proved to be amongst the Red Devils’ finest campaigns.

The 1907/08 season saw United get off to a flying start, winning 13 of their opening 14 fixtures including thrashings of Aston Villa, Liverpool and Chelsea to open up an unassailable lead at the top of the division.

Pep Guardiola’s first title win at Manchester City came in record-breaking style, the Etihad side becoming the first team in top flight history to record 100 points in a single season.

City’s ‘centurions’ were comfortably ahead of the rest of the division as they broke numerous landmarks on their way to winning the Premier League, setting new records for most wins (32), most consecutive wins (18), most goals scored (106) and biggest winning margin (19 points), in addition to their 100-point haul.

Guardiola’s side were crowned champions in early April after nearest challengers Manchester United surprisingly lost at home to West Brom, City securing a third Premier League title with a huge five games of the season remaining.

Everton enjoyed a golden period in the club’s history during the eighties and the 1984/85 season ranks amongst their very greatest, bouncing back from a runners-up finish to win the title ahead of a Liverpool side which had lifted a league, European Cup and League Cup treble the previous year.

Howard Kendall’s side recovered from consecutive defeats in their opening two fixtures to finish comfortably clear of the chasing pack, embarking on an 18-game unbeaten run – that included 16 victories – to finish 13 points clear of Liverpool and Tottenham.

Star performers Neville Southall and Peter Reid were named as the FWA Footballer of the Year and PFA Player’s Player of the Year respectively, Everton sealing the title with five games remaining courtesy of a 2-0 victory over Queens Park Rangers at Goodison Park.

The club’s season also saw a first European trophy head to the blue half of Merseyside, beating Rapid Vienna to win the European Cup Winners’ Cup in Rotterdam.

Manchester United’s dominance of English football peaked around the turn of the millennium, Sir Alex Ferguson’s side following their treble success with a further two league titles in succession.

United became the first side to win three consecutive Premier League titles and made it seven top flight crowns in just nine seasons since the rebranded division launched in the early nineties, their 2000/01 success seeing the Red Devils once again reign supreme.

They lost just three league games before sealing the title with a 3-2 victory over Coventry on April 14, the earliest date of which any side has been crowned champions in the history of the Premier League.

Champions with five games of the campaign remaining, United finished ten points clear of runners-up Arsenal despite losing their final three fixtures of the season once the title was secured.

Jurgen Klopp’s all-conquering side have set a new landmark for the earliest ever title win in terms of game to spare, Liverpool crowned champions with seven fixtures of the Premier League season remaining.

The club’s success was built on an almost flawless season to date, dropping points on just three occasions and enjoying the best start to a campaign in the history of Europe’s leading leagues.

The Reds equalled Manchester City’s record of 18 successive Premier League wins earlier this season, whilst they will also have an eye on breaking a host records set by Guardiola’s side in the 2017/18 campaign.

Liverpool currently sit 23 points clear at the top of the division and are on course to set a new record for biggest ever winning margin, whilst they need 15 points from their final seven fixtures to eclipse City’s fabled landmark of 100 Premier League points.