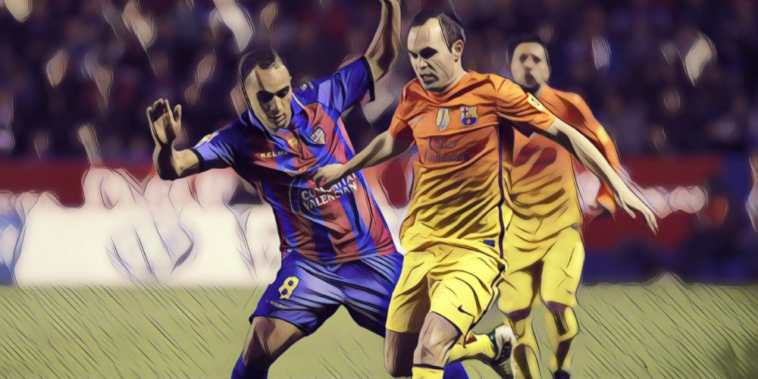 Andres Iniesta became a legendary figure at Barcelona following a career of incredible success, the midfielder an integral figure of arguably the best side club football has seen.

Iniesta won everything there was to be won during a glittering period of unprecedented success in Catalonia, coming though the club’s ranks as a youngster before lifting nine league titles and four Champions League trophies amongst his honours.

The former Spain international formed part of a midfield alongside Xavi Hernandez and Sergio Busquets that would revolutionise modern football, introducing the sport to tiki-taka as he conquered at home and in Europe alongside his teammates.

Whilst far from a prolific goalscorer, when he did score it often tended to be both important and spectacular, the latter particularly the case with this thumping effort against Levante.

Iniesta was the architect of a 4-0 win for the Spanish giants, creating three goals and scoring his superb effort from just outside the box.

Here is Andres Iniesta’s stunning strike for Barcelona against Levante.