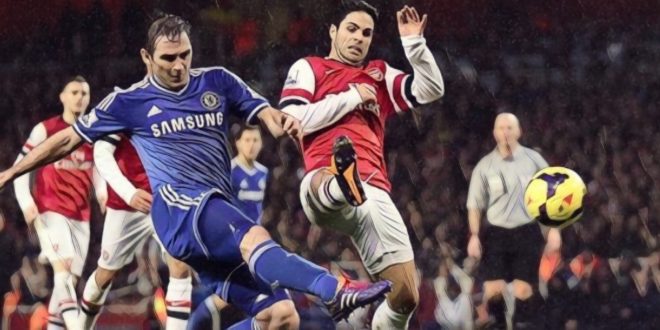 Great players don’t necessarily become great managers, but the trend of appointing former players – particularly those with previous links to the club – as manager has arguably never been more popular.

Juventus are the latest side to turn to an experienced former player with the appointment of Andrea Pirlo this week, the midfield great tasked with reviving the fortunes of Italy’s most successful club despite his huge lack of managerial experience.

Pirlo’s appointment comes after similar recent managerial changes within the Premier League, with Manchester United, Chelsea and Arsenal amongst the clubs to have recently opted for a former fans’ favourite to lead the club into a new era.

We’ve decided to look at the past players currently managing teams in England’s top tier and compile our dream team, here – in a rather shoe-horned 3-5-2 formation – is the best starting XI from Premier League managers who are former players:

Wolves boss Nuno Espirito Santo earns his inclusion as the goalkeeper in our gaffers XI, the Portuguese facing little competition for his place between the sticks.

Nuno enjoyed a solid career at the highest level and represented clubs such as Deportivo La Coruna and Dynamo Moscow alongside two spells at Porto, winning four league titles in a largely back-up role with the Portuguese giants – including being part of the squad which shocked Europe by winning the Champions League under compatriot and now Premier League adversary Jose Mourinho in 2004.

Capped for Portugal at various youth levels, Nuno later enjoyed a single season spell as manager of former club Porto before moving to Wolves in 2017.

No disrespect to the now Newcastle manager, but if there was ever a player whose face demonstrated a career of putting his body on the line it was Steve Bruce.

Bruce developed a reputation as bruising defender during a stellar career, the pinnacle of which was a nine-year spell at Manchester United in which he played a key role in the early successes of the Sir Alex Ferguson era, winning three Premier League titles and two domestic doubles.

Rarely afraid to put his head in where others won’t put their feet, Bruce’s heading ability made him a threat at both ends of the pitch including a quite remarkable season in which he netted 19 goals in all competitions during the early nineties.

Adding further steel to a rather no-nonsense back three is Burnley boss Sean Dyche, who began his career under the guidance of Brian Clough at Nottingham Forest before embarking on a career that lists almost like a roll call of football’s most unfashionable clubs – taking in spells at the likes of Chesterfield, Northampton, Luton and Millwall.

Dyche the player was much like Dyche the manager, meticulous in his organisation including pacing the width of away pitches to measure the distance so he could drag his backline into shape. He captained Chesterfield during their memorable run to the FA Cup semi-finals in 1997, Dyche joining Bruce in a centre-back line-up that would run through brick walls for our managers XI.

The first senior international to make our side and one of the Premier League’s newly-promoted managers, Slaven Bilic returning to the top flight having guided West Brom to promotion from the Championship.

Bilic broke into the Croatia side during a spell in his homeland before moving to Germany with Karlsruher SC, his form prompting Harry Redknapp to make the defender West Ham’s club-record signing in 1996.

Bilic became a fans’ favourite at the Hammers before moving to Everton, where despite initially impressing his form suffered amid a lack of discipline, the centre-back becoming a regular in the referee’s notebook during a short and less successful stint on Merseyside.

It’s fair to say we’ve reached the classier section of our coaching dream XI, a midfield line-up boasting a wealth of experience, quality and major silverware.

Manchester City manager Pep Guardiola takes the position of deep-lying playmaker in this side, the Spaniard making up for a lack of pace with a quick-thinking footballing brain as he spent more than a decade at home town club Barcelona – winning the European Cup as part of Johan Cruyff’s ‘Dream Team’ in 1992.

Guardiola won six league titles during his time at the Camp Nou before later spells at the likes of Brescia and Roma, the midfielder enjoying success after success as both a player and manager.

Alongside Guardiola’s silky Spanish skills in our deep-lying two-man midfield pivot is some proper British industry, the tireless and tigerish Scott Parker making our Premier League manager’s XI after earning promotion with Fulham.

Parker became the first player to represent five different London clubs in the Premier League and became a firm fans’ favourite across the capital, his combative style and unrelenting commitment to the cause winning plaudits amid many a fanbase.

Far from just a work-horse, however, Parker was a fine player in possession and won 18 caps for England, whilst he was also remarkably named as the FWA Footballer of the Year during the 2010/11 campaign, despite featuring for a West Ham side which finished bottom of the division to be relegated.

Parker is likely to demand the same intensity from his Fulham players as they make their return to the top flight next season, the west Londoners seeking to improve on a dismal Premier League venture two seasons ago.

Arguably the star name in our stellar line-up, Frank Lampard established himself as the greatest goalscoring midfielder of his – if not any – generation during a trophy-laden career at Chelsea.

Lampard counts three Premier League titles and the Champions League amongst his extensive medal collection, in addition to becoming Chelsea’s all-time record goalscorer and one of just nine players to earn a century of caps for England.

The midfielder’s unteachable knack of arriving into the penalty box to score goals saw him plunder a staggering 177 goals from midfield, the fifth-highest figure of any player in the history of the Premier League.

Another of the modern era’s great coaches, Carlo Ancelotti was also a fairly impressive player during a career that included periods at Parma, Roma and Milan.

His career has seen him become one of just six men to lift the European Cup as both a player and manager, Ancelotti regarded as one of the best Italian midfielders of his generation, combining a competitive tenacity with fine technical ability and flourishing in a variety of roles.

Though largely deployed centrally, we’ve shunted Ancelotti out to the right with a licence to drift inside, the midfielder having often played wide during his time with Roma.

He won three league titles and two European Cups during his playing career, before embarking on a globetrotting who’s who of world football’s superclubs after moving into coaching, taking the reigns at the likes of Juventus, Milan, Real Madrid, Chelsea, Paris Saint-Germain and Bayern Munich before surprisingly heading to Merseyside with Everton last season.

Drifting inside from the left-flank is the youngest manager currently working in the Premier League, Mikel Arteta having taken his first senior position with former club Arsenal last year.

The Spaniard spent five seasons with the north London side as a player during a successful career in English football, Arteta thriving in an impressive Everton side – twice winning the club’s Player of the Season award – before moving to the Emirates.

Arteta’s leadership and quality saw him appointed as the Gunners’ captain and he won two FA Cups during his time with the club, becoming the first man to captain and manage the same club to FA Cup success following Arsenal’s victory over Chelsea this season.

The talented technician came through the academy ranks at Barcelona before enjoying spells at Paris Saint-Germain, Rangers and Real Sociedad before moving to English football, Arteta set to provide the guile for our manager’s XI.

Jurgen Klopp takes his place in our little and large combination upfront, despite the German’s self-depreciating declaration that his ‘fourth-division talent and a first-division head’ resulted in a career spent in Germany’s second tier.

Klopp spent much of his career in a forward role where he utilised his unusual combination of pace and aerial prowess, before dropping deeper in his latter years during a career in which he made 325 league appearances for Mainz – the third-highest of any player in the club’s history – and scored 52 goals.

Klopp overcame his lack of talent with a smart footballing brain and relentless work-ethic, two credentials which have helped the German become one of world football’s best modern managers.

Whilst Lampard’s late runs and Klopp’s endless industry may create several opportunities, the goalscoring burden for our side is likely to fall strongly on the shoulders of Manchester United manager Ole Gunnar Solskjaer.

The Norwegian earned the moniker of the ‘Baby-faced Assassin’ during his time in English football, a predatory forward who was a potent weapon in the attacking armoury of the Premier League’s dominant force.

Solskjaer spent more than a decade with the Red Devils and scored over a century of goals, including a memorable four-goal haul as a substitute against Nottingham Forest and a vital injury-time winner against Liverpool during the club’s FA Cup success in 1999.

That cup success came as part of a historic treble for Sir Alex Ferguson’s side, Solskjaer cementing himself in the club’s history forevermore with a stoppage-time winner to defeat Bayern Munich in the Champions League final.