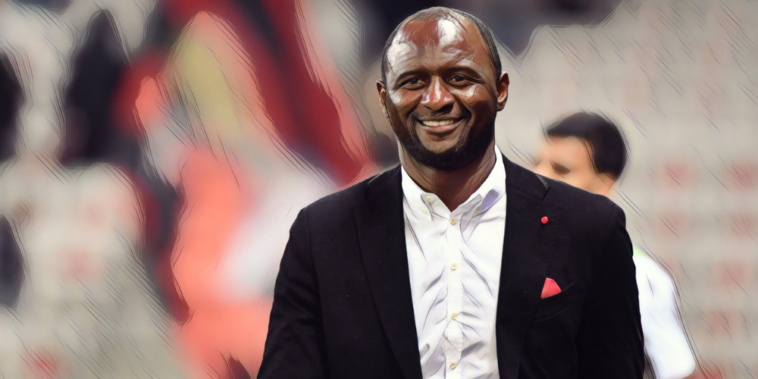 Crystal Palace are set to name Patrick Vieira as their new manager after reaching an agreement in principle with the former Arsenal captain.

Palace have been searching for a new manager after Roy Hodgson announced his decision to step down from his position at Selhurst Park at the end of the 2020/21 campaign, with the Eagles having considered a host of candidates including Burnley manager Sean Dyche, Frank Lampard and former Wolves manager Nuno Espirito Santo.

The club’s board held talks with Nuno and former Borussia Dortmund coach Lucien Favre in recent weeks, though failed to find an agreement with either target and have since held productive discussions with Vieira.

The Athletic are reporting that Vieira was on the Eagles’ initial list of targets following the news of Hodgson’s exit, with the former France international having been without a club since leaving Nice in December.

Vieira previously enjoyed a spell with MLS side New York City and is now understood to have agreed terms to take charge of Palace, after previous target Favre had a change of heart about taking the position.

Vieira spent nine seasons in English football with Arsenal as a player and won three league titles and four FA Cups with the Gunners, captaining the north London side’s famed ‘Invincibles’ team that won the Premier League undefeated in 2003/04.

The 45-year-old later had a short spell at Manchester City before beginning his coaching career at the Etihad, working with the club’s academy teams and Elite Development Squad (EDS).

Vieira has a significant rebuilding task ahead of him at Selhurst Park if a deal is finalised as expected, the Eagles possessing an ageing squad with several senior players out-of-contract and star forward reportedly Wilfried Zaha keen on a summer exit.