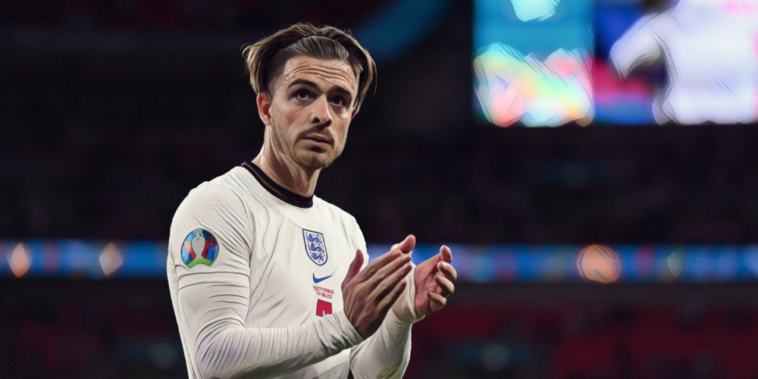 Aston Villa are reported to be ‘very hopeful’ that Jack Grealish will sign a new deal and end speculation linking the club captain with a £100m move to Manchester City.

Grealish has been subject of interest from the Premier League’s biggest clubs in recent seasons, with Manchester United having been strongly linked with the England international last summer.

Manchester City have now emerged as the leading candidates to sign the 25-year-old and are reportedly willing to break the British transfer record to prise Grealish from Villa Park.

Grealish signed a new long-term deal last September after months of transfer speculation, though the Telegraph are reporting that Villa are hopeful the midfielder will now pen fresh terms and recommit his future to the club.

Villa’s wealthy ownership means the club are under no pressure to sell despite the prospect of a record-breaking bid from the Premier League champions, with the Midlands outfit keen to keep hold of their prized possession as they look to improve once again under Dean Smith in 2021/22.

Unconfirmed reports have suggested the deal Grealish signed last summer contains a release clause of £100m, though any new contract would not include a buyout figure.

Villa are hopeful of persuading Grealish to remain at the club after making a positive start to the summer transfer window, investing a club-record £33m to sign Emiliano Buendia from Norwich and alleviate some of the creative burden on the club captain’s shoulders.

City meanwhile are interested, with Pep Guardiola a self-confessed fan of the player’s talents, though there is an acknowledgement that any deal will prove difficult, whilst the club are also interested in signing Harry Kane from Tottenham – another deal that will have to break the British transfer record.