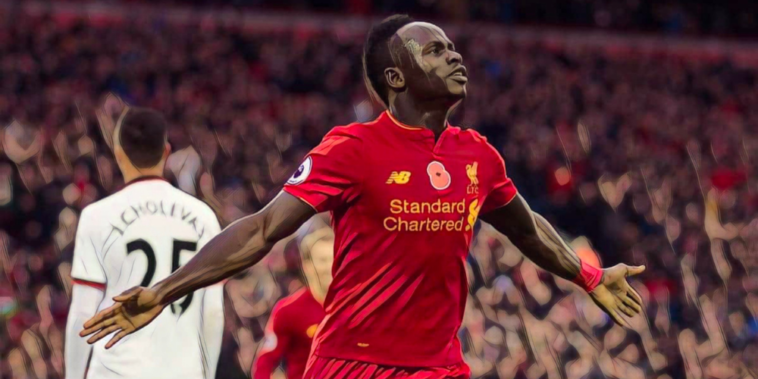 The Premier League’s ‘100 club’ is a fabled group of English football’s finest, a collection of great goalscorers who have scored a century of goals in the division.

There are now 33 members of the illustrious group, though just six have reached a century of goals in the Premier League without the help of a single penalty.

Here are the six players to reach the Premier League’s ‘100 club’ without scoring a penalty.

Les Ferdinand is the highest-scoring Premier League player in history without a penalty to his name, having scored 149 goals during a long career in the division.

Ferdinand was one of the finest forwards in English football during the early seasons of the division and scored 60 goals across three league campaigns at Queens Park Rangers. He moved to Newcastle in a £6m deal in 1995 and was named as the PFA Players’ Player of the Year after scoring 25 goals in his debut campaign at St James’ Park.

Ferdinand formed a fine understanding with Alan Shearer at Newcastle, before spells at Tottenham, West Ham, Leicester and Bolton before retirement.

The forward has since opened up on his decision to not take penalties and admitted his regret at a situation which left him at disadvantage to his goalscoring rivals.

“I still think that taking penalties is an art and I decided not to involve myself in that bit of art,” Ferdinand told The Athletic in 2020. “I take my hat off to those boys who took them. You look at Matt Le Tissier’s record and it was phenomenal.

“Stupidity,” Ferdinand added when asked why he didn’t take spot-kicks. “When I think about it now… when I got into the team (at QPR), there was already a penalty-taker. Roy Wegerle took them, then Clive Wilson started taking them. He had an exemplary record and then when I went to Newcastle, Peter Beardsley would take them (before Shearer).

“But, to be honest with you, the truth is if I’d have said, ‘I want to take them’, I don’t think anyone would have stopped me. But then I had that (thought), ‘I’m going to go through my career without taking a penalty and see how many goals I’m going to score’. That’s what I thought back then. But do you know what? I regret it.”

Andy Cole was another prolific presence of the nineties and exploded onto the Premier League scene during the 1993/94 campaign.

Cole won the Premier League’s Golden Boot and PFA Young Player of the Year during his debut season in the division with Newcastle, after a record-breaking 34-goal campaign for the Magpies.

Cole’s form for Newcastle saw him sign for Manchester United in a £7m British transfer-record deal, where he won five Premier League titles  – alongside two FA Cups and the Champions League – in seven seasons at Old Trafford.

He scored 121 goals in all competitions for the Red Devils and reached 100 in the Premier League without a penalty scored. Cole had spells at Blackburn, Fulham, Manchester City, Portsmouth and Sunderland during his latter career and is the fourth-highest scorer in Premier League history on 187 goals.

Just one of that total came from the spot, netting for Fulham at Birmingham in 2004/05, long after he had reached a century in the division.

For a footballer whose goalscoring record was often criticised, Emile Heskey’s return of 110 goals in the Premier League – none of which came from the penalty spot – should be given respect.

Heskey burst onto the scene at Leicester and formed part of the Foxes team which reached three League Cup finals in four seasons across the turn of the millennium.

A club-record move to Liverpool followed where Heskey enjoyed the best period of his career. His first full season saw the forward score 22 goals in all competitions as Gerard Houllier’s team won a UEFA Cup, FA Cup and League Cup treble.

Heskey’s best work often came as a facilitator and his partnership with Michael Owen proved successful for club and country, as he brought the best out of his prolific teammate.

His latter career saw spells at Birmingham, Wigan and Aston Villa and he ranks seventh for all-time appearances in the Premier League (516).

Ryan Giggs ranks second for Premier League appearances and is one of just a few midfielders who have reached a century of goals in the division.

Giggs became the most decorated footballer in English football history during a one-club career at Manchester United, one which saw the Welshman win 13 league titles among his 33 trophies won at Old Trafford.

He is the only player to have scored in each of the first 21 seasons of the Premier League, having netted in each campaign from the inaugural season in 1992/93 right through until 2012/13.

Giggs’ 100th goal in the Premier League came in a 4-1 win over Derby in December 2007, as he struck the opener in an emphatic home win.

Giggs did score two penalties among his 109 goals, but both came in a 3-1 win over Tottenham in April 2010.

Peter Crouch reached the Premier League’s ‘100 club’ in 2017, with the landmark moment arriving against Everton as the forward slid in Marko Arnautovic’s cross to reach a 100 Premier League goals.

At 36 years and two days, he was the oldest player to achieve the feat, eclipsing the previous landmark set by Ryan Giggs.

Crouch also became the sixth member of the ‘100 club’ to have scored Premier League goals for six different clubs, though each of the previous five – Andy Cole, Les Ferdinand, Robbie Keane, Nicolas Anelka and Darren Bent – reached the century milestone before joining their sixth side.

A huge 48 of his first 100 goals came via his head, with Crouch retiring as the most prolific headed goalscorer in Premier League history with 53 headed goals.

Sadio Mane is the most recent player to reach the Premier League’s 100 club without a penalty scored.

The Senegalese forward reached a century of goals in the division after opening the scoring against Crystal Palace in 2021, setting a new record in the process after becoming the first Premier League player to score in nine consecutive games against the same opponent.

Mane began his career in English football at Southampton, where he scored 21 league goals across two seasons and broke a Premier League record for the fastest ever hat-trick, netting three times against Aston Villa in just 176 seconds in 2015.

He moved to Liverpool in 2016 and became an integral part of the club’s success under Jurgen Klopp. Mane spent six seasons with the Reds and won a clean sweep of major honours, including both the Premier League and Champions League.

He also won the Premier League’s Golden Boot in 2018/19 and became the third African footballer to reach 100 Premier League goals, after Didier Drogba and Mohamed Salah.