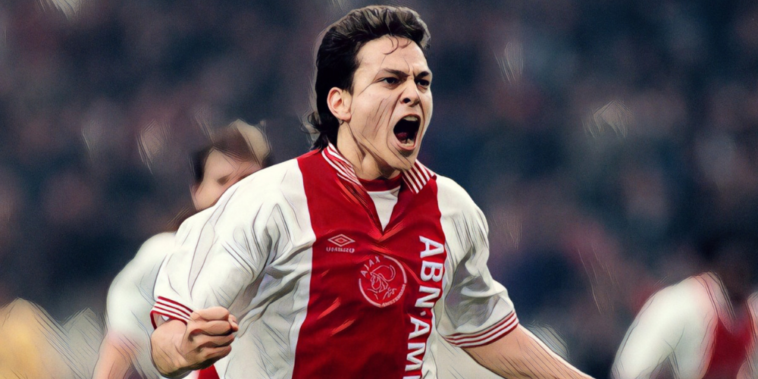 Every so often a nation not famed for its footballing heritage produces a talent who could quite easily fit into almost any side in the game.

Jari Litmanen was perhaps always going to be a footballer even given his background in Finland, a Nordic nation in which ice hockey and Formula One outweigh the world game in terms of popularity.

Both of Litmanen’s parents had been footballers, each representing FC Lahti. His mother had even represented the national side, but even those achievements would be bettered by a son who became Finland’s finest ever footballer.

Predictably Jari also began in the ranks of FC Lahti – now known as Reipas Lahti – and made his senior debut as a teenager, scoring 30 goals across all competitions before moving on to HJK Helsinki, Finland’s biggest club.

He spent just a single season with the capital club and scored 11 goals, but was on the move once more after signing for MyPa. His debut season ended with silverware as his new side won the 1992 Finnish Cup, with Litmanen scoring a sublime lofted effort in a performance that accelerated his rise to superstardom.

Watching on was a scout from Ajax who, suitably impressed, recommended the emerging forward to the Dutch side.

Litmanen’s move to Amsterdam represented both a culture shock and a significant step up in level, with the new signing restricted to a handful of cameo appearances during his debut season.

The obstacle in his path was a certain Dennis Bergkamp, but the Dutchman’s move to Inter Milan provided Litmanen with a chance he grasped with both hands.

Finally finding his feet in the Eredevisie, Litmanen scored 36 goals in 39 appearances across all competitions, finishing as the league’s leading scorer as Ajax were crowned champions.

“Jari had great vision. He was always free. You could always give him a pass. Not so fast but always right on time. He could also defend, Bergkamp didn’t defend.

“I think for Ajax it was perfect that Dennis left and Jari came.”

The mid-nineties was a period in which Louis van Gaal’s team became football’s favourite side, as an exciting collection of home-grown youngsters flourished alongside impressive imports such as Litmanen and Nwankwo Kanu.

Litmanen was a second striker, but one capable of producing the returns of an out-and-out number nine. Not blessed with elite athleticism, he was instead quick in mind and subtle in touch, whilst he developed a reputation for scoring instinctive volleyed efforts.

After starring during the club’s title triumph the following season proved even better, a campaign regarded as the greatest in Ajax history.

The championship was again secured with Van Gaal’s side a cut-above in the Netherlands, scoring 106 league goals and ending the season without a single defeat. Litmanen was at the heart of their success, scoring 17 goals and leading the press as the perfect conduit between midfield and attack.

Litmanen added a further six goals in continental competition as Ajax made an impression in Europe, beating AC Milan and Bayern Munich during their passage to the Champions League final.

The semi-final second-leg against Bayern was perhaps the defining performance from this Ajax side, becoming the first team to score five goals in a last-four fixture with Litmanen netting twice in a 5-2 win.

He headed home a first from close range to open the scoring, before lashing home a second – and Ajax’s fourth – in a captivating attacking performance from the Dutch champions.

The final saw Ajax face holders AC Milan in Vienna, the Rossoneri through to a third consecutive final. In a tight encounter Patrick Kluivert scored a late winner, becoming the youngest-ever final goalscorer as Ajax were crowned champions of Europe for the first time since the 1970s.

Litmanen was a pioneer for Finnish footballers and became the first of his countrymen to win the Champions League, having starred with 27 goals in all competitions during an incredible season for Ajax.

He added another league winners’ medal the following season, but hopes of back-to-back European successes were ended after final defeat to Juventus.

Litmanen scored in the final as Ajax were beaten on penalties, whilst he also netted twice as the holders overturned a first-leg deficit to beat Panathinaikos in the semi-finals, hitting a brace during a 3-0 win in Athens.

He finished as the Champions League’s leading scorer during the 1995/96 campaign with nine goals, following a season of imperious performances in Europe. Lethal around goal and with an unrivalled eye for a pass, he was the continent’s premier playmaker and a perfect combination of invention and killer instinct.

Hopes of a dynasty in Amsterdam were ended as the Bosman ruling saw a rapid dismantling of an era-defining side, though Litmanen remained with the club despite his body beginning to fail him.

He scored 129 goals in 228 appearances across his seven seasons with Ajax, but his role reduced towards the latter period of his time with the club as injuries became an all too often occurrence.

Litmanen signed for Barcelona ahead of the 1999/2000 season, where the dressing room at the Catalan club – now under the management of Van Gaal – had a familiar feel.

Van Gaal had recruited several of his Champions League-winning Ajax side, with the De Boer twins, Kluivert and Michael Reiziger all amongst Litmanen’s teammates at the Camp Nou.

It proved a failed recreation of a wonderful team, however, with Litmanen in particular struggling for form and fitness as he scored just four goals in 18 months with the club.

He was frozen out following the appointment of Lorenzo Serra Ferrer as Van Gaal’s replacement, lost the number ten shirt to Rivaldo and failed to make an appearance during the first half of the 2000/01 season.

England was the forward’s next port of call, as Liverpool secured his signing on a free transfer. Gerard Houllier hailed the addition of a ‘world-class’ talent, with Litmanen arriving during the second half of a season that saw the Reds win a UEFA Cup, FA Cup and League Cup treble.

Litmanen’s guile added a new dimension to Liverpool’s attacking options, a compliment to the speed of Michael Owen, power of Emile Heskey, and goalscoring instinct of Robbie Fowler.

He was man of the match on debut against Aston Villa and scored twice in 11 appearances during that run to cup success, before enjoying a more prominent role during the 2001/02 season as he scored seven goals in all competitions.

One of those came with a crucial penalty against Roma in the Champions League, the opener in a 2-0 win that secured Liverpool’s progress to the quarter-finals.

Roma were a formidable outfit after claiming a first Scudetto since 1983 the previous season and counted Francesco Totti, Cafu and Gabriel Batistuta amongst their ranks.

Needing to win by two clear goals to reach the last eight, Litmanen kept his cool from the spot in an emotional atmosphere amplified by Houllier’s return to the touchline five months after being taken ill with a heart issue.

“He wasn’t the quickest but he didn’t need to be. His great strength was his vision and ability to pick the right pass. In terms of skill and technical ability, he’s up there with the best if not the best I ever played with.

“In five-a-sides in training, some of the stuff he did in small spaces was just unbelievable.”

Litmanen’s time with Liverpool was one of glimpses of genius and a sense of what might have been, with the forward returning to Ajax after two seasons on Merseyside.

What a strike from Jari Litmanen 😱#ThrowbackThursday | #LFC pic.twitter.com/6BQbkI7PTc

He added another Eredivisie title – his fifth in total – during the 2002/03 season, but was again plagued by the fitness issues that sadly prevented him reaching the glorious heights of the nineties.

Litmanen’s latter career included spells in Sweden, Germany and back at home in Finland, whilst he also signed for Fulham at 36 but never made an appearance for the west Londoners after suffering heart palpitations in training.

In somewhat of a contradiction, Litmanen’s career was one of incredible longevity despite his continued struggle for fitness. He remains the oldest ever goalscorer in European Championship qualifying, having scored from the spot against San Marino aged 39.

No player has ever made more appearances for Finland (139), whilst his record of 32 international goals has only recently been eclipsed by Teemu Pukki. He is also the first player to have represented a national team in four different decades, his international career spanning between 1989 and 2010.

That period failed to include an appearance at a major tournament and Litmanen must rank amongst the finest talents not to have featured on such a stage.

His latter career has perhaps dimmed the memories of a fabulous footballer in his prime, a graceful genius who was at the centre of an Ajax side that evokes nineties nostalgia.

He was both selfless and sublime, part genius and part glass, his fragility regrettably preventing fans from more memories of brilliance from Finland’s greatest.