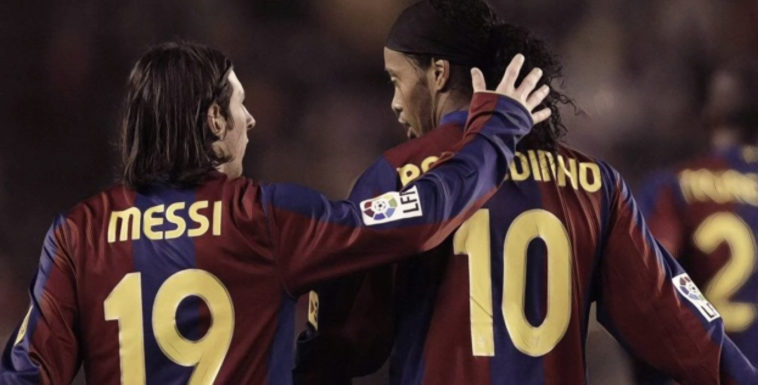 While for a fleeting time the football world was lucky enough to enjoy the Argentine and the Brazilian in full flow together, the arrival of Pep Guardiola in 2008 essentially spelt the end for Ronaldinho’s time at the Nou Camp, as he passed the torch onto to his heir apparent, Messi.

Although the current Barca captain has enjoyed the longevity of a hugely successful career at the Blaugrana, his former teammate’s impact was much briefer, yet no less enjoyable.

The two creative geniuses may have thrilled with their trickery and speed on the field, yet one area where they both also excelled was from dead-ball situations, Ronaldinho having hit a career tally of 66 direct free-kicks, while Messi has fired in 55 at present, including a staggering 49 just for Barcelona.

The diminutive forward’s most recent sensational free-kick – in a 2-1 win over Atheltic Bilbao at the end of January – brought up his 650th goal for the Catalan giants in some style, amid talk of a potential exit from the club as he enters into the final few months of his existing contract.

With the chance it could be his final season at the club, let’s remind ourselves of just how good he’s been by looking back at some of his most beautiful and mind-bending free-kicks, as well as a smattering of delightful dead-ball strikes from his mercurial former teammate: