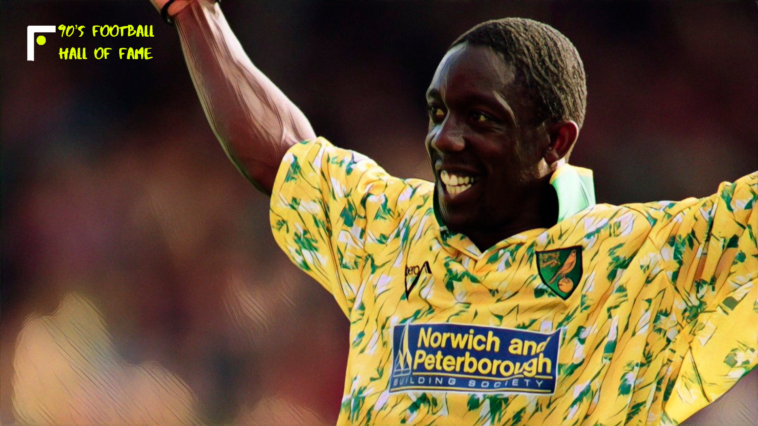 The latest inductee into the 90’s Football Hall of Fame is former Norwich City and Tottenham winger Ruel Fox.

Fox was a traditional English winger who bombed down the flank with the ball at feet and swung in crosses for the target man in the box, but he also had a knack for scoring sensational goals from outside the box.

A key cog of that brilliant Norwich team that almost won the inaugural Premier League title, Fox is most closely associated with the Canaries for some incredible moments he experienced while at the club, which included once scoring a winning goal against Liverpool at Anfield and beating Bayern Munich in the Uefa Cup.

On the 90’s Football Hall of Fame podcast, Ste and Peter were joined by footballer writer Ste Tudor to discuss Fox’s qualities as a footballer, being an early member of Kevin Keegan’s ‘Entertainers’ at Newcastle United, and why he joined Spurs at the wrong time.

We also chat about the early 90’s Merlin sticker controversy involving Fox, his international career with the world’s worst team Montserrat, and the fact that he cannot be mentioned without uttering his full name in its entirety.