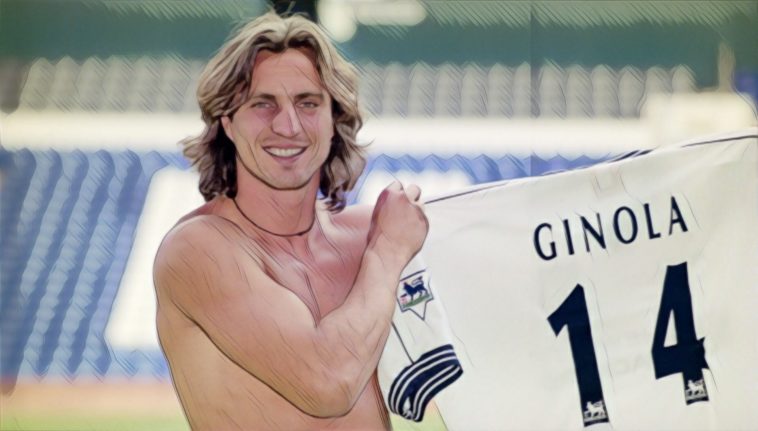 Our next stop on the nineties football nostalgia train takes us to David Ginola, the French idol who dazzled English crowds with his tremendous skill and devilish good looks.

The Premier League, and indeed English football as a whole, had never seen the likes of him before – a footballer who also moonlighted as a model and an actor. In a way he was a precursor to Man United superstar David Beckham. In other words, the standard bearer for The Modern Footballer.

While that enraged some, it only endeared him to far many more. But it was his phenomenal ability with a ball that made fans of Newcastle United and Tottenham Hotspur swoon in appreciation for the exhilarating winger. He scored some outrageous goals as a key cog in Kevin Keegan’s title-challenging squad, before winning Player of the Year honours while in North London. But that’s only part of the story.

On the latest episode of the 90’s Football Hall of Fame podcast, Ste and Peter are joined by football writer and podcaster Stephen Tudor to talk about Ginola’s legacy, why he was reviled in his native France, how he ended up in the North East, and what made him so entertaining on the pitch.

We also talk about his unrelenting Frenchness and the effect he had on middle-aged ‘heterosexual’ men at the time.

Catch up on past episodes of the 90’s Football Hall of Fame:

Make sure to give us a review on Apple Podcasts.