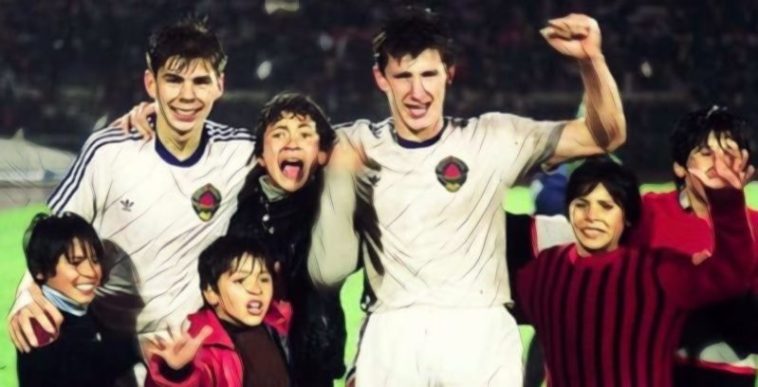 The Topographical Dictionary of Ireland comes in two volumes and was created by Samuel Lewis in 1837 to illustrate the local history of the Country.

In his writing, Lewis describes the village of Feakle in Co. Clare ‘as presenting, throughout, a succession of mountain and valley, including the extensive and picturesque Lough Graney, commonly known as the ‘Lake of the Sun’’.

On the 10th of December 1974 eight protestant clergymen congregated in Smyth’s Hotel in the East Clare village, in a backroom in the hotel they met members of the IRA Army council.

The Feakle Peace talks came about after six years of violence on the Island of Ireland, following the Battle of the Bogside and the Civil Rights Marches which began in Derry in 1968.

As the discussions began to intensify on the day, the meeting was broken up by the arrival of the Free State Irish Special Branch police, planning a swoop on the Army Council.

By April 1975, the IRA truce with the British Government, a second one that year, was in place allowing Mirko Josic, then youth coach of the Yugoslavia national team to take his place in the Grandstand at Windsor Park.

Due to the War, for nearly five years Northern Ireland had become the gypsies of International football, rotating around the English league grounds of Boothferry Park, Highfield Road, Hillsborough and Craven Cottage to fulfil their World Cup 1974 qualifying fixtures – they hadn’t been home since they played the USSR in 1971.

On that Spring day Josip Katalinski of Sarajevo, then Yugoslavian footballer of the year, led out Tito’s whites, to a standing ovation by the Irish crowd and a guard of honour by the Northern Ireland team.

Within two decades Josic and his countrymen would like Ireland, feel the terrors of War as the nation of Tito would be carved up through political upheaval and conflict.

Yugoslavia would meet Northern Ireland competitively again in 1987 when the teams were paired with England in Group 4 for qualification to the 1988 European Championships.

Both teams had qualified for the World Cups of 1982 and 1986, where they met again in Spain, with the Yugoslavs also qualifying for Euro ’84.

That October as the senior team prepared to face Billy Bingham’s men in Sarajevo, Josic himself was preparing to bring the cream of the Balkans to Chile for the FIFA World Youth Cup.

The strict disciplinarian Josic with low expectations would lead the greatest youth team ever assembled to glory in the home of La Roja, introducing the names of Prosinecki, Stimac, Boban, Jarni and Suker to the World.

However, before a ball was even kicked the team from the Balkans had arrived in disarray, their captain Aleksander Djordjevic, who would go on to have local league and cup success with Partizan Belgrade, was banned for four games after being dismissed in the final qualification group match against Hungary.

The quintet of Dejan Vukicevic, Slaven Billic, Igor Pejovic, Seho Sabotic and Igor Berecko who helped Yugoslavia qualify were all injured and future Champions League winners Allen Boksic who had broken into the Hadjuk Split team and Vladimir Jugovic were told to remain at home.

The FSJ(Yugoslavia Football Federation) had stated to FIFA they were fulfilling their obligation to take part, on arrival in Chile the youngsters found excellent facilities, accommodation and a country whose first love was football.

Whereas, back home seven years after President Tito’s death the country’s Finance Department were trying to reduce a foreign debt of $20 billion.

The team fell in love with their Santiago base, while future World Cup Bronze medal winner Igor Stimac fell for the charms of then Miss Chile Cecilia Bolocco, who liked to take him dancing at the local clubs.

Yugoslavia, “the greatest youth team there has ever been”, circa 1987. (Photo: REX/Colorsport) pic.twitter.com/hy1KRAzn5q

A thunderous downpour on the 10th of October meant the opening ceremony was cancelled, however, the hosts Chile kicked off against Yugoslavia that evening with 67,000 in attendance.

With the team’s love of Santiago still growing they were aware that by topping the group they would remain in the capital city. Victories over Australia and Togo duly followed, with the goals for column increasing by plus eight.

Suker had notched up five goals in the three group games as Josic’s team topped the group, setting up a mouth-watering quarter-final against defending champions Brazil.

On the 21st of October, a week after the senior team had despatched Northern Ireland three nil in Sarajevo, the youngsters stood for the Yugoslavian national anthem ‘Hej Slaveni’ in front of 60,000 in the Estadio Nacional.

On the stroke of half time Alcindo Sartori struck for Brazil, he would go on to star for Flamenco with the great Zico. The Yugoslavians regrouped in the second half with future Real Madrid Champions League winner Predrag Mijatovic equalising, in the last-minute Robert Prosinecki bent in a free-kick winner which had Josic and staff doing the local ‘Cueca’ dance in the dugout.

Prosinecki would go on to redeem himself with Red Star, helping the club win the European Cup in 1991. Ninety minutes against East Germany was all that stood in front of the so-called no hopers and the World Youth Final, suddenly local interest back home began to grow – initially, only one journalist made the journey with the team.

As with all stories there was a ‘sting in the tail’, that sting came from Australian referee Richard Lorenc who would take centre stage in that semi-final.

With East Germany knowing a win would create an all-German final, with West Germany beating Chile 4-0 that afternoon in the first semi-final, they started well creating several early chances.

However, Yugoslavia grew into the game and the ever dependable Stimác opened the scoring after the half-hour mark.

The lead lasted for nineteen minutes as shortly after the restart Mathias Sammer, who would lift the European Championship Trophy in 1996 with a unified Germany at Wembley, equalised.

Sammer would also leave central defender Dubravko Pavlicic without two of his teeth with a swinging elbow. In the 70th minute Davor Suker netted his sixth goal of the tournament, it would give Yugoslavia the victory they deserved.

Referee Lorenc dismissed golden boy Mijatovic in the 79th minute with a second yellow and deemed Prosinecki deserved of a booking for an innocuous challenge in the last minute of the game, both would miss the final.

On the 25th of October nearly three weeks after they had arrived in Chile, the Yugoslavian youngsters set off from their hotel in Santiago one last time for the Estadio Nacional to face West Germany in the final.

In a tight, cagey affair, both goals in the game came in the last five minutes, Boban scoring for Yugoslavia after 85 minutes with Marcel Witezcek, future Bayern Munich player, scoring from the penalty spot with only two minutes to play.

Both players would play a pivotal role in the penalty shootout which followed the 30 minutes of extra time, Witezcek was this time unsuccessful as Boban converted Yugoslavia’s final kick to give the boys from the Balkans victory.

On this day in 1987 Yugoslavia won the U20 World Championships in Chile. pic.twitter.com/YY40oqgnnD

Josic relaxed his strict rules as the team remained in Santiago celebrating with ex-pats for 48 hours, left-back Robert Jarni celebrated his 19th birthday the next day in style, while the local dentist who repaired Pavlicic’s teeth was presented with the match ball. The team returned home to a hero’s welcome and the FSJ knew a golden generation had been born.

By 1991 the golden generation were beginning to blossom on both club and full International level, Yugoslavian football was top of the European tree with Red Star Belgrade crowned European Champions and the national team easily qualifying for the European Championships of 1992, where their stock was rising, some declaring them favourites.

However, Yugoslavia would not fulfil that promise at those championships as the Balkan state stared into the abyss that summer; Yugoslavia was renamed and redrawn with only football history living on.

The great “what if” of world football and Yugoslavia: @OldSchoolPanini 1987 U20 World Champions – Yougoslavia pic.twitter.com/RJCqRIoBAw