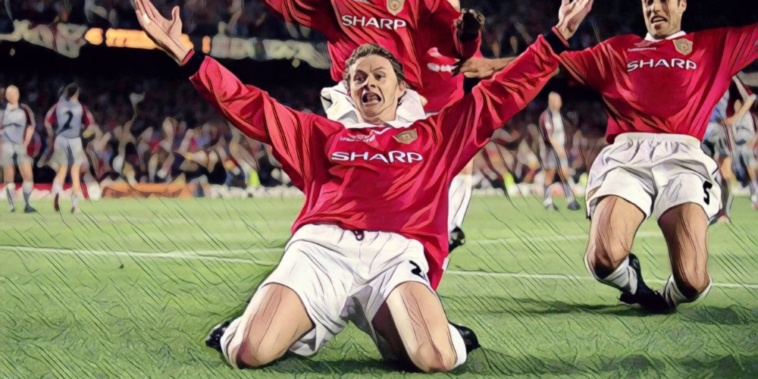 The UEFA Champions League final is the pinnacle of club football and the sporting world will stop to watch as Real Madrid and Liverpool bid to be crowned the continent’s finest this weekend.

Liverpool will start as favourites in a rematch of the 2018 final, as Jurgen Klopp’s team look to add Europe’s biggest prize to their League Cup and FA Cup honours this season.

Real Madrid, however, will feel as if fate has their name on the trophy after a miraculous run to the final that has been packed full of incident and excitement.

Ahead of what promises to be a fascinating match-up in Paris, we’ve decided to look back at 10 of the most iconic Champions League final moments ever.

AC Milan’s 1994 triumph against Barcelona remains one of the most iconic finals of all time, as the Rossoneri headed into the clash with their preparations in chaos and up against overwhelming favourites.

Milan were missing names including Franco Baresi, Alessandro Costacurta and Marco van Basten, but upset the odds to stun Barcelona in the most convincing final win of the Champions League era.

Johan Cruyff’s ‘Dream Team’ had conquered all before them to win four consecutive league titles and a first European Cup two years earlier, but the Catalans crumbled in Athens as Milan ran riot to secure an emphatic 4-0 success.

Daniele Massaro scored twice in the first-half, but it was Savicevic’s moment of magic that remains ingrained in the memory, audaciously lifting a finish over Andoni Zubizarreta to make it three.

When Dejan Savićević scored this insane goal vs Barcelona in the 1994 Champions League final. pic.twitter.com/VEKPo359Rv

Ajax returned to the summit of European football in the mid-nineties, as an incredible collection of young players enjoyed an unforgettable season under Louis van Gaal.

The Dutch side won the Eredivisie title in unbeaten fashion and with 106 goals scored, before adding the Champions League to their collection.

Hopes of matching the club’s iconic side of the 1970s in winning consecutive European Cups failed to materialise, as Ajax’s finest talents were cherry-picked by clubs across the continent.

For the 1994/95 season however, Ajax reigned supreme and edged out holders AC Milan in the final

🏆 Patrick Kluivert was the hero as Ajax were crowned champions of Europe #OTD in 1995 🏆#UCL | #UCLfinal pic.twitter.com/j1gUes8mh5

It was one of the club’s most precocious talents that made the difference, with teenage substitute Patrick Kluivert prodding home a winner to become the youngest ever final scorer, aged just 18 years and 327 days.

Manchester United’s 1999 final success is difficult to beat when it comes to pulsating heart-in-mouth drama, as the Red Devils snatched victory from the jaws of defeat with two late, late, goals against Bayern Munich.

The Germans had dominated and led through Mario Basler’s sixth-minute free-kick as the final entered stoppage-time, only for Teddy Sheringham to turn home a dramatic equaliser after Bayern failed to clear a corner.

Extra-time appeared to loom, but that proved just the start of an incredible conclusion.

Sheringham’s flicked header – from another David Beckham corner – was met by the outstretched toe of Ole Gunnar Solskjaer just moments later, sparking a euphoric eruption from the travelling Mancunians behind the goal.

Just when all hope had appeared lost, United had turned the tie around with Solskjaer’s winner sealing a historic treble for Sir Alex Ferguson’s side.

The greatest players deliver on the biggest stage and the 2002 final belonged to the finest footballer of a generation. Zinedine Zidane wrote himself into the competition’s history with arguably the most iconic final goal.

Zidane had arrived from Juventus as part of Real Madrid’s Galactico project in a world-record deal the previous summer, ending his debut season in the Spanish capital with a moment of inspiration.

The Spanish side were faced with determined underdogs Bayer Leverkusen, who had eliminated both Liverpool and Manchester United to upset the odds and reach the final.

Leverkusen had hit back in the final after Lucio cancelled out Raul’s early opener for Real Madrid, with the final poised at 1-1 before Zidane’s moment of magic.

The Frenchman often appeared to possess an ability to slow time down when in the confines of a pitch, a trait perhaps never more evident than when Zidane and his iconic Adidas boots lashed home Roberto Carlos’ cross on the volley to score one of his greatest goals.

Liverpool’s incredible Istanbul comeback against AC Milan stands as the greatest Champions League final of all time, a night of unmissable action that even the finest script writers would have struggled to create.

Milan’s collapse from a three-goal advantage as the Reds’ roared back in a frantic six-minute spell lives long in the memory, with Steven Gerrard at the centre of Liverpool’s thrilling comeback.

Amongst the heroes of the hour was goalkeeper Jerzy Dudek, who made a stunning double save to deny Andriy Shevchenko in extra-time and force a penalty shootout.

Under instruction from Jamie Carragher, Dudek then copied the wobbly-legged routine made famous by former Liverpool goalkeeper Bruce Grobbelaar, saving from Andrea Pirlo and Shevchenko as Rafael Benitez’s side were crowned champions.

Terry’s tears after slipping in Moscow (2008)

The home-grown hero and captain of Chelsea was handed the chance to take the fifth penalty and win his side a maiden Champions League crown in 2008.

Following a gripping all-English final in Moscow, it appeared the stuff of dreams for John Terry.

That dream turned rapidly into a cruel nightmare however, as the centre-back slipped upon contact on a rain-soaked pitch at the Luzhniki Stadium. His penalty cannoned off the post and the chance to win the final was gone as the shootout moved into sudden death.

John Terry steps up to win the @ChampionsLeague for Chelsea… BUT HE SLIPS! 😱

Will Avram Grant’s side be made to pay for that? 👀#CFC | #UCL pic.twitter.com/qJRtCiDUXe

Edwin van der Sar’s save from Nicolas Anelka later crowned Manchester United as winners of the Champions League, leaving a despondent Terry inconsolable after spurning the chance to win Europe’s biggest prize for his beloved Blues.

“They’re the best in Europe, no question about that. In my time as a manager, I would say they’re the best team we’ve faced. Everyone acknowledges that and I accept that. It’s not easy when you’ve been well beaten like that to think another way. No one has given us a hiding like that.”

Sir Alex Ferguson’s words came after Manchester United were beaten by Barcelona in 2011, the second final meeting between the teams in three seasons with both times the Catalans emerging as winners.

Rather than a single moment, it was several, pass after pass as Pep Guardiola’s side outclassed the Red Devils in arguably the most complete final performance the Champions League has witnessed.

Drogba-inspired Chelsea beat Bayern in their own backyard (2012)

Few gave an understrength Chelsea any chance ahead of the 2012 final. The west London side were missing four players through suspension and facing the behemoth that is Bayern Munich in their own Allianz Arena.

Chelsea defended with determination before Thomas Muller’s goal seven minutes from time handed the German giants the advantage, leaving the Blues staring down the barrel as the full-time whistle approached.

As was so often the case in his Chelsea career and on his final appearance for the club, Didier Drogba rose to the occasion to equalise with seconds remaining, powering home a header to force the final into extra-time.

On this day in 2012: The greatest night in the history of Chelsea football club.

An inspired Didier Drogba and a world class Petr Cech.

Drogba then stepped up to score the decisive kick in the resulting shootout, as Chelsea were crowned champions of Europe for the first time.

Real Madrid’s pursuit of the Champions League is an annual obsession, though Los Blancos’ bid for a record-extending 10th title and the fabled La Decima took their fixation to new heights.

Over a decade had passed since Zidane’s brilliance sealed a ninth crown at Hampden Park, before Carlo Ancelotti’s troops reached the 2014 final against Atletico Madrid – the first ever showpiece between teams from the same city.

Diego Godin’s first-half goal looked to have won Atletico a maiden European crown against their arch-rivals with just seconds of stoppage-time remaining, before Sergio Ramos powered home a header in one of the most dramatic conclusions to a Champions League final.

"After that moment I told my mother that from there I could die peacefully. It's the best—the goal of my career for what it represents not only for me, but for football and for our club"

Ancelotti’s side overpowered their stunned opponents in extra-time to win 4-1, with Ramos’ rescue act the catalyst for the club’s historic 10th crown.

Loris Karius’ capitulation in this same fixture could well have featured in our list of iconic final moments, but Gareth Bale’s incredible impact off the bench deserves its place among our tributes.

Bale had been a notable omission from the Real Madrid side as they faced Liverpool in Kyiv, though was called upon with the scores poised at 1-1.

Just two minutes after his arrival from the bench, the Welsh winger produced one of the most glorious goals the Champions League has ever seen. His goal stunned the stadium, a perfect moment of technique and athleticism to execute an exquisite overhead kick beyond Karius.