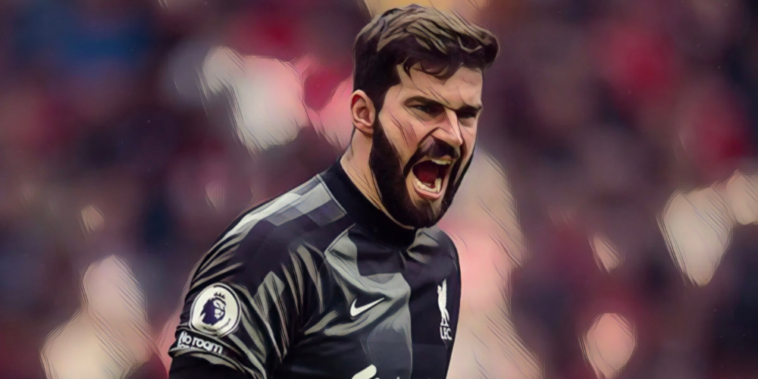 Alisson has called on Liverpool ‘to make history again’ as the club prepare to face Real Madrid in the Champions League final.

Liverpool will meet the Spanish champions in Paris this weekend as the Reds look to be crowned champions of Europe for the seventh time.

It’s a third final in five seasons for Jurgen Klopp’s team, who beat Tottenham to win the Champions League during Alisson’s debut season in 2018/19.

The Brazil international has recalled his fond memories from that triumph and has called on his teammates to make history once again at the Stade de France this weekend.

“It was really special,” Alisson said to Liverpoolfc.com on the club’s 2019 Champions League win.,

“It was a moment that I always dreamt of since I was a kid back in Brazil, playing football on the streets. When you win something, when you live a special moment, you want to do that again, you want to live that moment again. And now we have another opportunity against a big club, against a tough opponent at a special place.

“It’s a huge opportunity for me and my teammates to make history again.”

Liverpool are aiming to a win a third major trophy of the season after FA Cup and League Cup wins earlier in the campaign and Alisson has warned his teammates not to take their success for granted as the club look to add more silverware to the cabinet.

“I came to this club for these kind of opportunities – to be playing finals, to be fighting for titles.

“It’s not guaranteed that you will win and you will be there. But here I have teammates that fight for the same goal. We want to be there, we want to be playing for finals, titles.

“So if we have the opportunity to do that again, we’re going to do that. You never know if it’s the last one that you have in your hands – but it can be. So, we’ll do everything in the game to win it.”