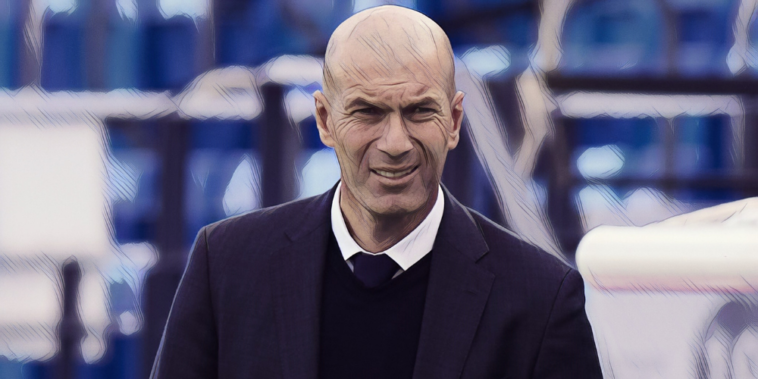 Zidane has been named amongst a list of candidates to fill the vacant position at Old Trafford, after the Red Devils sacked Solskjaer following Saturday’s 4-1 defeat to Watford.

According to Guillem Balague, for the BBC, United have approached Zidane about the role, though the Frenchman is not currently interested in taking the reins at the Premier League side ‘at this point’.

Zidane ended his second spell in charge of Real Madrid in May, having guided the Spanish giants to two La Liga titles and three consecutive Champions League trophies across two spells in charge at the Bernabeu.

The 49-year-old has also been linked with both the France national side and Paris Saint-Germain in recent months and would prefer either of those positions should they become available.

PSG have made no plans to replace Mauricio Pochettino with Zidane, though reports today have suggested the former would be openwould be open to returning to the Premier League should an approach arrive from Manchester United.

The Argentine has previously been a managerial target for the Red Devils and is understood to be unsettled in Paris, with the former Tottenham manager’s family having remained in England after settling in London.