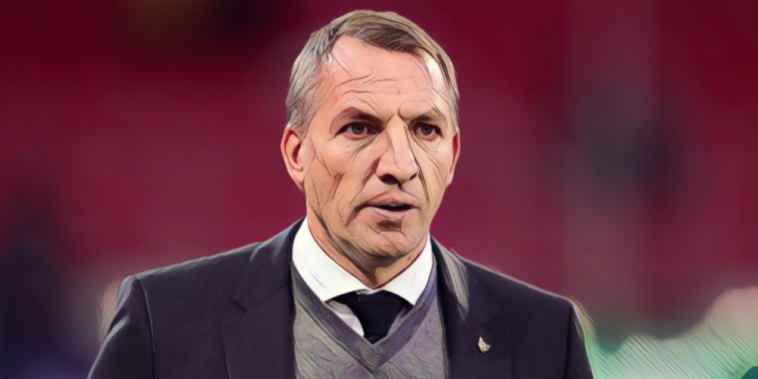 Manchester United have allegedly made contact with Brendan Rodgers, amid a release clause in his contract at Leicester.

United are currently assessing candidates to become the club’s new manager, following the decision to sack Ole Gunnar Solskjaer in the wake of the humiliating 4-1 defeat at Watford on Saturday.

Rodgers has been named as one of a number of potential candidates to succeed to the Norwegian, with the Sun reporting that the Red Devils are prepared to pay the £8m compensation required to prise the 48-year-old from the King Power Stadium.

The Northern Irishman is understood to have a contract clause permitting him to negotiate should any Champions League make an approach, the Red Devils still involved in this years edition of the competition.

Rodgers has won admirers across his spell with Leicester, guiding the Foxes to successive fifth-place finishes and winning the FA Cup last season, though his appointment could cause controversy given his previous allegiances to rivals, Liverpool.

Rodgers publicly reiterated his commitment to Leicester over the weekend, after being questioned on speculation linking him to Old Trafford. However, concrete interest from the Red Devils could change his stance.

“I spoke to our leadership group,” Rodgers told a press conference. “I hear the bits and pieces, so it stabilises everything.

“There can be lots of things going on, speculation, and I normally don’t even think about it, but I understand it may have a bearing on other people.

“It was a case of just giving some stability and speaking to the senior guys. They know our commitment to the club.”

United have placed Michael Carrick in charge of first-team affairs on an interim basis, with the Red Devils facing Villarreal in the Champions League tomorrow evening.