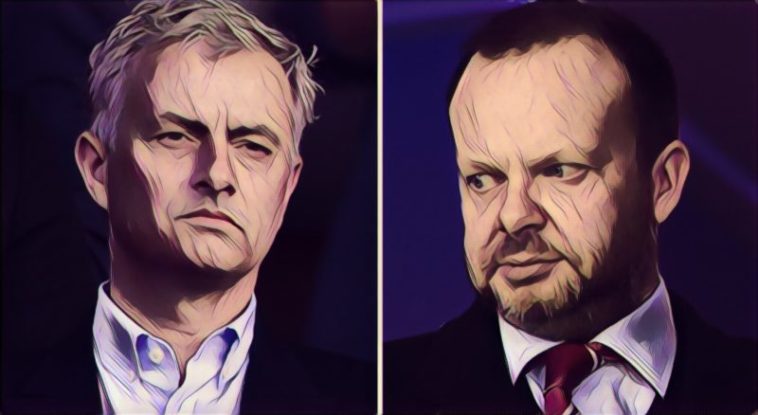 Mourinho was appointed as manager at Old Trafford in 2016, spending two-and-a-half years in charge before being sacked in December of last year following a poor run of results.

In that time the former Chelsea and Real Madrid boss won both the League Cup and Europa League, spending lavish amounts of money on buying the likes of Paul Pogba from Juventus and Romelu Lukaku from Everton.

Despite the club’s significant spend under Mourinho’s reign, Woodward has revealed that there were disagreements between the Portuguese and the club’s recruitment staff over potential transfer targets, with the executive vice-chairman having to deny Mourinho on occasion.

“It is true that there was a difference of opinion on one or two players between the manager and the recruitment department,” Woodward told fanzine, United We Stand.

“Sometimes I have to be one who delivers the ‘no’, which isn’t easy, because our natural tendency is to back the manager in every possible circumstance, but we have to listen to the recruitment experts too.”

One such example was Toby Alderweireld, who Mourinho requested in order to bolster Manchester United‘s defence, but he was reportedly denied due to the player’s age and high cost.

See Also: How will Spurs play under Mourinho?