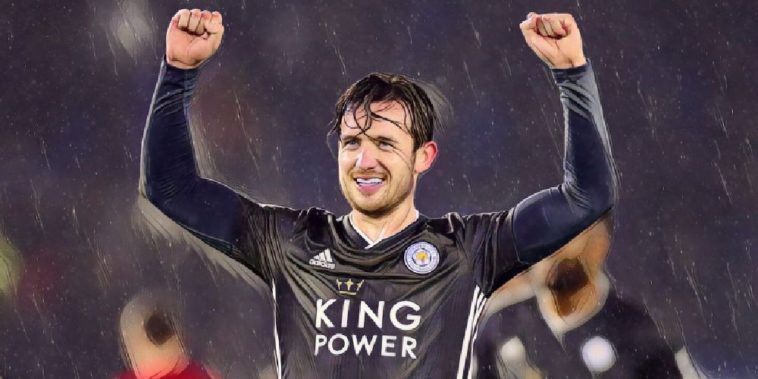 Fantasy managers will have no doubt agonised over their teams throughout a seemingly never-ending international break, but did your decisions pay dividends following Gameweek 13 in the Premier League?

Here is The Football Faithful‘s FPL Team of the Week…

It’s been a difficult season so far for Norwich and goalkeeper Tim Krul, but a first away win of the season and just a second clean sheet of the campaign was a welcome boost for Daniel Farke’s struggling side.

The Canaries 2-0 win at Everton lifted them off the bottom of the Premier League, Dutch international Krul crucial to their success, making seven saves to deny the hosts and earning three FPL bonus points for his display.

Krul’s performance earned him 11 points in total, making him the highest-scoring goalkeeper of the round.

The highest scoring player of the round for a second consecutive week, Burnley defender James Tarkowski earned a massive haul of 17 points during his side’s 3-0 win at Watford.

The England international helped himself to a goal, assist and a clean sheet as Sean Dyche’s side rose to seventh in the Premier League, an additional three bonus points swelling his tally.

It could have been even better for the 27-year-old, who lost a point for picking up a booking.

Tarkowski’s strong form in recent weeks makes him an interesting FPL option, though Burnley’s difficult looking run of fixtures over their next three games means managers should approach with caution, Man City and Spurs among the Clarets next three fixtures.

James Tarkowski was the Gameweek's highest scorer, for the second week in a row! ?

Is it time you brought in the Burnley defender?#FPL pic.twitter.com/WGyFtimNgM

The Bournemouth defender has arguably enjoyed the best form of his career over the opening months of the season, with many on the South Coast beginning to clamour for an England call-up for the long-serving 28-year-old.

Whilst his international inclusion may prove unlikely, Cook has been in fine form and rewarded his FPL managers with nine points despite the club’s defeat to Wolves this weekend.

The centre-back would score his side’s consolation in the 2-1 defeat at the Vitality Stadium, earning an additional two bonus points in the process.

Fantasy Premier League managers have been quick to stack their squads with Leicester assets, with left-back Chilwell amongst the most popular with 13.8% ownership following the club’s fine start to the season.

Brendan Rodgers’ second-placed side continued their winning run with a 2-0 success at Brighton, Chilwell keeping a clean sheet and earning a total of eight points after been awarded two bonus.

It was Leicester’s third successive clean sheet, while Chilwell has now picked up an impressive 39 points over the past four gameweeks to become one of the in-form defenders in the game.

A pulsating encounter at Bramall Lane saw Sheffield United snatch a late 3-3 draw against Manchester United this weekend, with midfielder Fleck central to the chaos in South Yorkshire.

Sheffield United would ultimately have to settle for a draw after the visitors turned the tie around in the second half, though Fleck was adjudged as the best afield and earned three bonus FPL points for a healthy tally of 13 – comfortably his best return of the season.

The highest scoring midfielder of the round is Irishman Hourihane, who returned to Aston Villa‘s starting line-up after a three week absence to play an influential role in their 2-0 win over Newcastle on Monday night.

Hourihane would score one and make another to haunt former manager Steve Bruce at Villa Park, earning additional bonus points for a clean sheet.

Owned by just 0.1% of FPL managers, the 28-year-old was the ultimate differential of Gameweek 13.

SCOUT: Of the 22 players who started this evening, only Ezri Konsa is owned by fewer #FPL managers than Conor Hourihane#AVLNEW pic.twitter.com/gm2vcUskp5

A popular selection in the early weeks of the season, Cantwell’s form has dipped as Norwich have begun to struggle but returned to form in the club’s win at Everton this weekend.

Having delivered just one point in each of the past three gameweeks, Cantwell secured his second double-digit haul of the season after scoring the opener at Goodison Park.

It was Cantwell’s first goal since the win over Manchester City in September, earning the youngster two bonus points. Cantwell would also earn an additional point for a clean sheet, an impressive return for the budget £4.6m midfielder.

A goal, assist and rare away win made it a memorable weekend for Tottenham Hotspur forward Son, who helped Jose Mourinho to victory at West Ham in his first match in charge of the North London side.

For all of the club’s struggles in recent times, Son has been a rare consistent performer and delivered another reminder of his quality this weekend.

The South Korea international earned himself 13 FPL points following his performance, with Son having now secured attacking returns in three of the past four gameweeks.

The highest-scoring player in the game continued his red-hot form, scoring for the fifth successive Premier League fixture in Leicester’s 2-0 win at Brighton.

Vardy would secure 12 points for the round after also assisting Ayoze Perez’s goal, the third time in the past four gameweeks that the forward has secured double-digit hauls.

If you don’t have Vardy in your side yet, you really probably should.

Arsenal are struggling at present and the pressure is seriously mounting on Unai Emery, with a late Lacazette goal snatching a draw at home to struggling Southampton.

Lacazette’s late equaliser was one of two goals he would score at the Emirates this weekend, earning him three bonus points and a total of 12 for the round. The French forward’s season is yet to really get up and running, but he could be one to watch in FPL following this showing.

Marcus Rashford’s stunning run of form continued at Sheffield United, the forward again on the scoresheet in a brilliantly entertaining 3-3 draw at Bramall Lane in which he also registered an assist.

It’s now 10 goals in his past 11 games in all competitions for the 22-year-old, who earned his first FPL double-digit haul since Gameweek 1 against the Blades.

Rashford has now blanked just once in his past five fixtures, his price likely to continue rising in the coming weeks.

SCOUT: Marcus Rashford has his first double-digit haul since GW1

He's only blanked in one of the last five Gameweeks#FPL #SHUMUN pic.twitter.com/73xGDjScGw