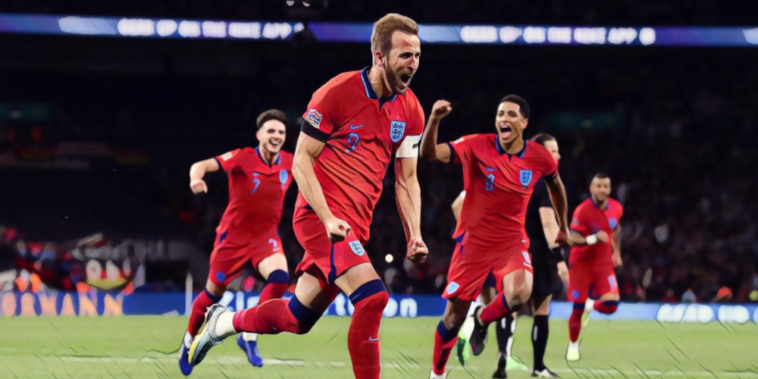 Ahead of the tournament we’ve previewed each of the competing sides. Here are the nations in Group B – England, Iran, the United States and Wales.

Is this the final chance for Gareth Southgate to win a major tournament? Southgate is England’s most successful manager since Alf Ramsey, having taken the Three Lions to the last four of the 2018 World Cup and within a penalty shootout from success at Euro 2020.

Despite those achievements, the jury remains out on whether Southgate is the right man to get the best from what is a talented core of talent. England boast some of the most exciting young talent in Europe in Jude Bellingham, Phil Foden and Bukayo Saka, while Harry Kane is a centre-forward among the very elite in the game.

"I can't wait to get out there now and get ready for Monday!" 👊

We caught up with skipper @HKane ahead of the #ThreeLions' departure from St. George's Park this morning: pic.twitter.com/nrlRi2t2XJ

There is criticism that Southgate can be overly cautious, given the attacking options at his disposal. A drop in quality – particularly at centre-back – offers reason for this, but there are those who would like to see freedom given to the often overlooked Jack Grealish, Trent Alexander-Arnold and, until his recent inclusion, James Maddison.

Harry Kane and Raheem Sterling aside, few of England’s attacking options replicate their club form on the international stage. It is a scenario that must change if the Three Lions are to have success in Qatar.

A dreadful Nations League campaign saw England fail to win in six games and go five without scoring from open play. It is a run that has deflated optimism heading towards Qatar, though that could work in England’s favour. Group B, on paper, should be navigated comfortably and the true test will come in the later rounds.

Iran have reached a third consecutive World Cup and will take on England in a first ever meeting between the sides to open the tournament.

The three-time Asian champions have won just twice in five previous visits to the World Cup, but will be confident of improving that record after an impressive qualifying campaign. Iran topped a group containing South Korea in the second phase of qualification, winning eight and losing just one of their ten fixtures.

There is a familiar face in the dugout in former Manchester United assistant Carlos Queiroz, who is the longest serving Iran manager in history with more than eight years across two spells. He returned for a second stint in September, replacing Dragan Skocic who was sacked despite winning 15 of his 18 games in charge.

The threat from Iran will come from their forward line, with Sardar Azmoun and Mehdi Taremi boasting pedigree in Europe. Azmoun has 41 goals in 65 international appearances and compiled a prolific record at Zenit St Petersburg before joining Bayer Leverkusen last summer.

Taremi was a late arrival in Europe after spending much of his career in Iran and Qatar. He moved to Rio Ave in Portugal in 2019, before crossing to Porto the following season. The 30-year-old has compiled a remarkable record at the Estadio do Dragao and scored 26 goals in all competitions last season.

He has struck 42 goals in 72 league appearances for Porto and trails only Mohamed Salah and Kylian Mbappe for Champions League goals this season.

The United States have moved on from an embarrassing failure to reach Russia in 2018, as a poor qualification campaign saw the side finish behind Panama and Honduras to miss out on the World Cup for the first time since 1986.

The fading veterans from that campaign have been replaced with a dynamic side full of energy and athleticism, with the bustle of the pressing implemented by Gregg Berhalter set to hold the key to hopes of progress from Group B.

Christian Pulisic is the headline name in the USA’s ranks and much of their ambitions will be pinned on the Chelsea winger, who will want to bounce back from a difficult start to the season with success in Qatar. Pulisic has proven the most reliable source of goals in a team lacking a proven centre-forward.

CP10 at the @FIFAWorldCup 🇺🇸 pic.twitter.com/alXMb2F5C2

Much could depend on how Jesús Ferreira performs. The Colombian-born forward scored 18 goals for FC Dallas in 2022 and has seven in 15 appearances at international level, including a hat-trick against Grenada in June. The World Cup will be a significant step up from that opposition for the 21-year-old, however.

The USA have failed to progress from the group just once in their last four World Cup appearances.

Wales will compete at the World Cup for just the second time in Qatar, after The Dragons ended a 64-year wait for a place at the finals by beating Ukraine in a play-off.

It’s a second successive tournament appearance and third since Euro 2016, having gone more than five decades without reaching a major finals. In recent years Wales have been a side far greater than the sum of their individual parts, though often remain reliant on Gareth Bale for inspiration.

Bale insists he will arrive at the World Cup in perfect condition despite limited action at Los Angeles FC, with his move to the MLS designed to give him the greatest chance of a successful tournament with Wales. The five-time Champions League winner is not quite the tour-de-force of old, but remains a footballer capable of match-winning moments.

Gareth Bale will lead Wales out for their first World Cup in 64 years 🏴󠁧󠁢󠁷󠁬󠁳󠁿 pic.twitter.com/6cne5m1EKa

He rose to the occasion during the play-offs, scoring both goals in the 2-1 win over Austria, before finding another winner with a deflected free-kick against Ukraine.

An energetic core of young talent has emerged to feature alongside the stalwarts from Euro 2016, with the likes of Neco Williams, Dan James and Brennan Johnson full of attacking endeavour.

Six years ago Wales reach the last four of the European Championship and few are expecting a repeat of that performance, but Page’s side have the potential to progress from Group B and will be relishing a Battle of Britain clash with England.