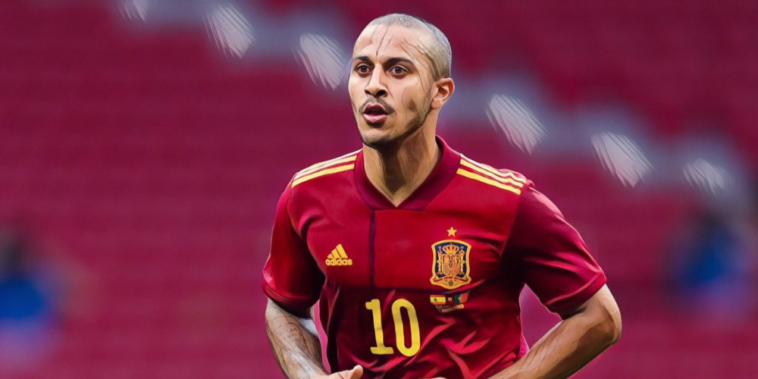 There have been some top talents who have been omitted from their international squads for the upcoming World Cup in Qatar, with a number of notable names left at home as the tournament prepares to get underway this weekend.

Here are five top players who have been snubbed from World Cup squads.

Roberto Firmino was a big name omission from Brazil’s squad for the tournament, with the Liverpool forward overlooked despite his experience at international level and a strong start to the season at Anfield.

While club teammates Alisson and Fabinho will form part of the Selecao’s challenge in Qatar, Firmino will watch on from home after being excluded from Tite’s plans.

Firmino has scored 17 goals in 55 appearances for the national side, with only Neymar and Gabriel Jesus having netted more among Brazil’s squad for the tournament. The 31-year-old has been in impressive form for Liverpool and is the Reds’ leading scorer in the Premier League with seven goals this season.

He has averaged a goal or assist every 93 minutes in the Premier League, but has found himself behind the likes of Gabriel Jesus and Richarlison for a role at centre-forward, despite scoring more league goals than that duo combined this season.

Tite has also included Pedro in his plans, despite the Flamengo striker having just two caps. The 25-year-old has been in prolific form for the Brazilian side in 2022, scoring 29 goals in all competitions and finishing as the leading scorer in the Copa Libertadores.

France boast arguably the most stacked squad in the tournament, with the list of names left out of Didier Deschamps’ plans a strong side in its own right.

Presnel Kimpembe, N’Golo Kante and Paul Pogba are all absent with injury, while the big names overlooked include Ferland Mendy, Wissam Ben Yedder – who scored 32 goals in all competitions for Monaco last season – and Moussa Diaby.

The latter can find himself unfortunate to have missed out on selection, having emerged as one of the Bundesliga’s most exciting talents. The 23-year-old was directly involved in 25 goals in 32 league appearances for Bayer Leverkusen last season and has began the current campaign in similarly impressive form.

He has six goals and three assists for Leverkusen in the league this season, but was unable to oust the likes of Kingsley Coman, Ousmane Dembele, Christopher Nkunku and Marcus Thuram for a place in the world champion’s squad. Talk about depth.

Luis Enrique has decided against including Thiago Alcantara in Spain’s squad for the tournament, with the Liverpool midfielder among a number of experienced names left out.

Thiago has been a central figure for Liverpool and has earned 46 caps for La Roja, but has not made Spain’s final selection with the likes of Sergio Busquets, Koke, Rodri and Barcelona starlets Pedri and Gavi forming a talented midfield.

The 31-year-old featured in each of the last two major tournaments, though his omission could spell the end for the midfielder at international level.

He will be one of a long list of club teammates watching the tournament from home, with Liverpool having just seven senior stars heading to Qatar. Of those, one (Alisson) is a goalkeeper and three (Jordan Henderson, Trent Alexander-Arnold and Ibrahima Konate) are not expected to play prominent roles. It could lead to an improved second half of the season at Anfield as several stars are handed an extended mid-season rest.

That Jadon Sancho’s absence from the England squad created little noise was indicative of his struggle for status for club and country.

Sancho was regarded as one of world football’s brightest talents during a brilliant period at Borussia Dortmund, but has failed to replicate those performances since making the move to the Premier League.

There aren't many bigger drop offs in modern football than Jadon Sancho's recent decline after his move to Manchester United. Given he didn't make the England squad for the World Cup, I looked at what happened to him. pic.twitter.com/wbn26FTtwJ

He has scored just eight goals and laid on four assists in 52 appearances for Manchester United, who have seen just flashes of his talent since a highly-anticipated £72.9m transfer to Old Trafford.

Sancho’s lack of consistency has seen him fall out of favour at international level, with his absence from Gareth Southgate’s final squad coming as little surprise. Competition is fierce for a place in England’s plans with an abundance of attacking options and Sancho must do more for his club side if he is reclaim a place in the Three Lions’ plans.

Sergio Ramos is another name who has been excluded from the Spain squad, with the nation’s record appearance maker set to miss out in Qatar.

Ramos was a shock omission from La Roja’s plans for Euro 2020 having been expected to captain the side at the tournament, an absence which saw his run of featuring in ten consecutive major tournaments come to an end.

The 36-year-old has bounced back from two injury-plagued seasons to feature prominently for Paris Saint-Germain during the current campaign, starting 12 league fixtures for the French champions.

Sergio Ramos is not in Spain’s World Cup squad ​​❌ pic.twitter.com/75M5dQ91NF

His return has not been enough to earn inclusion at the World Cup however, and Ramos wrote a letter to the fans to express his disappointment at missing the chance to feature in a fifth World Cup.

“I devoted myself, body and soul, to recovering and getting back to feeling the way I always have… Fortunately, I can say that this season I feel like myself again and am back enjoying football,” Ramos wrote on Instagram.

“The World Cup? Of course, it was one of those big dreams I wanted to realise. It would have been my fifth but unfortunately I’ll have to watch it at home.”

It appears unclear whether the 2010 World Cup winner will get a chance to add to his record 180 caps for La Roja.