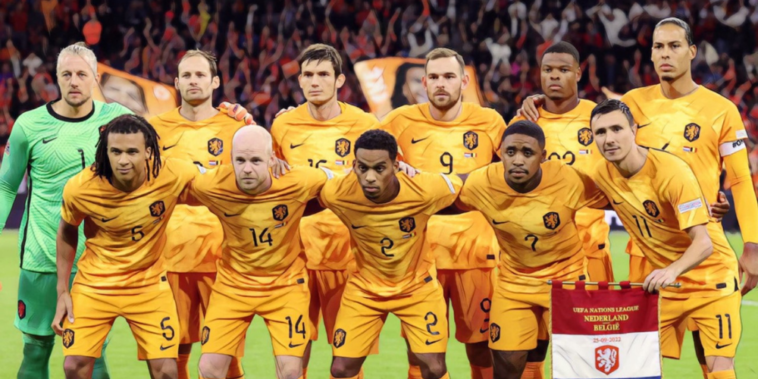 Ahead of the tournament we’ve previewed each of the competing sides, beginning with the quartet of nations in Group A – Qatar, Ecuador, the Netherlands and Senegal.

Qatar will take part in the World Cup for the first time this winter having earned qualification due to their status as hosts. It is the first time that the finals have been hosted by an Arab nation, with the 2019 Asia Cup winners seeded for the group stage draw.

Felix Sanchez has been in charge of Qatar since 2017 and led the nation to that Asia Cup triumph in 2019, as Sanchez’s side beat Japan 3-1 in the final. Qatar’s squad for the World Cup will be made of players entirely from the Qatar Stars League, which has improved in strength in recent years.

There had been hopes that Xavi would take charge of the national side for the tournament, but Sanchez has retained his position after the former swapped Al Sadd for Barcelona last year. The domestic league has given the national side the best possible chance of upsetting the odds this winter, with the Stars League paused from mid-September to allow Qatar to focus their preparation on the World Cup.

Sanchez has taken his team on breaks to Vienna and Marbella, while Qatar will arrive into the tournament on a five-game winning streak. The opposition during that run has admittedly been limited however, with wins over Nicaragua, Guatemala, Honduras, Panama and Albania.

Almoez Alli and Akram Afif will be central to their hopes, with the former having scored 42 goals in 85 appearances at international level. The Sudanese-born forward top scored during the Asia Cup success in 2019 and also won the Golden Boot with six goals at the CONCACAF Gold Cup in 2021, after Qatar’s invitation to compete in the North American continental competition.

Despite being the second-lowest ranked of the South American teams at the start of qualification, Ecuador secured their place at the finals with a fourth-place finish in CONMEBOL qualifying.

Gustavo Alfaro’s side lost just once on home soil, holding Brazil and Argentina to draws in Ecuador and securing an impressive 4-2 win over Uruguay. Their statement result was a 6-1 thrashing of Colombia, performances which contributed to an automatic place in Qatar.

Ecuador will be captained at the World Cup by former West Ham forward Enner Valencia, who has scored 35 goals in 74 appearances for the national side. The centrepiece of the side is Moises Caicedo, who has turned heads with his displays in the Premier League at Brighton. A strong tournament could see his price-tag rise as top clubs circle for the 21-year-old.

Ecuador have reached the knockout rounds just once previously, where a David Beckham free-kick for England eliminated the side in 2006.

The Netherlands return to the World Cup after failing to secure qualification for Russia four years ago and arrive in Qatar in optimistic mood. The Dutch qualified as group winners, with a flawless home record – five wins from five with 20 goals scored and just one conceded – propelling their charge.

Louis van Gaal’s side also secure progress to the Nations League finals, which will be hosted in the Netherlands next year. Virgil van Dijk’s goal against Belgium booked their place in the last four and his presence will be a major boost for the World Cup.

Van Dijk missed Euro 2020 as he recovered from an ACL issue and will take part in his first major tournament in Qatar. The Dutch captain will start in the centre of a back three system that has worked for the Oranje, flanked either side by the athleticism of Jurrien Timber and Nathan Ake.

Netherlands drop their roster for the World Cup 🇳🇱 pic.twitter.com/nRjx8FCjeS

Van Gaal’s move to a 5-3-2 system has had criticism due to the Dutch principles of 4-3-3, but it has been one that has delivered success with the Netherlands unbeaten since losing in the last 16 at Euro 2020. That 15-game run has included beating Belgium twice and impressive wins over Turkey, Denmark and Poland.

The Dutch side lacks the star power of past tournaments, but a favourable draw can provide the platform for success. Memphis Depay will be crucial to their chances and now trails only Robin van Persie among the nation’s all-time leading scorers.

Cody Gakpo will also be one to watch, following a blistering start to the season at PSV. The 23-year-old has nine goals and 12 assists in just 14 league appearances this season.

Van Gaal will step down from his third spell as Netherlands manager following the tournament, with Ronald Koeman set to take up the role. The 71-year-old has undergone radiation treatment for prostate cancer across the past two years.

Senegal will arrive in Qatar in confident mood with the Lions of Teranga enjoying a fine period in their history. Aliou Cisse’s side were crowned champions of Africa for the first time in February and have reached a second successive World Cup finals.

Just twice before have Senegal reached the tournament, with their debut having seen a team containing the likes of El Hadji-Diouf and Papa Bouba Diop reach the last eight two decades ago. There is significantly more talent in the current crop, a squad headlined by captain Kalidou Koulibaly.

Mane’s absence is the major blow heading after the forward sustained a knee injury earlier this month. The 30-year-old was named as Player of the Tournament during the AFCON success earlier this year and became his nation’s all-time record goalscorer in June. His contribution will be impossible to replace, but Senegal will expect to at least progress from the group.

There’s a strong spine to the side with Chelsea duo Edouard Mendy and Koulibaly, while Everton midfielder Idrissa Gueye will anchor the midfield. Further forward, both Ismailla Sarr and Boulaye Dia have the pace and talent to trouble teams in Qatar.