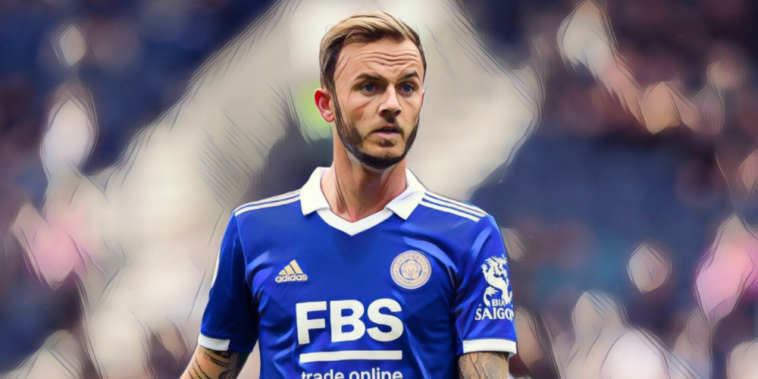 James Maddison has opened up on how he studied Manchester United’s Bruno Fernandes to improve his goal involvements.

The Leicester City playmaker is enjoying a superb individual season for the Foxes, his 11 goal involvements (seven goals and four assists) in 13 league games for the Foxes propelling him into the England squad for the first time since 2019.

Speaking from England’s World Cup training camp, the midfielder revealed that he studied the performances of Manchester United’s Bruno Fernandes, the Portuguese registering 15 goal involvements in his first half-season in the Premier League before following that up with a further 30 in 2020/21.

“A couple of seasons ago, when I wasn’t in the England squad, Bruno Fernandes was playing very well for Manchester United and putting up ridiculous numbers in terms of goals and assists,” Maddison said at a press conference in Qatar.

“So I probably watched him a bit closer at that time. How is he scoring so many goals? What runs is he making that I’m not? If that makes me a student of the game, then that’s what I am. I watch every game. My house is football mad.

“My girlfriend goes crazy because I watch so much. During the lockdown, when there were four games a day, I had them all on. I don’t think that there is a player now that I model my game on – maybe when I was younger.

“I appreciate all the good players in the Premier League. I try and take something from each of the players I watch, whether they are a higher level, the same level or lower. If I’m watching a game on TV, I’m often watching players in my position.

“I’m a football man. I’ve said that many times. Because I just love the game. In my head, I’m still that little boy who is kicking the ball around in the garden on or with [England] face paint on.”