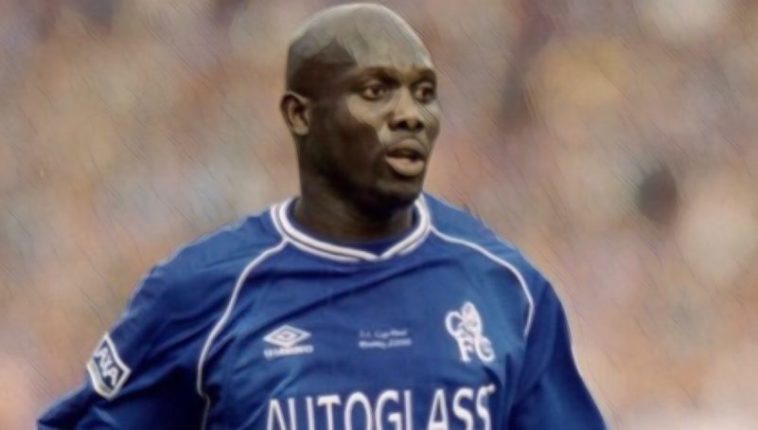 Recognised worldwide as arguably the finest domestic competition in football, the Premier League has played host to some of the planet’s brightest talents throughout the years.

English football fans have had the pleasure of enjoying some of the game’s greats at the peak of their powers, but several world-class stars have also arrived in the division just a little too late.

We’ve decided to profile five players who enjoyed hugely successful careers, though their time in the Premier League came perhaps when past their peak.

The only African player in history to have been named as the winner of the Ballon d’Or and World Player of the Year award, Weah would star during spells at the likes of Paris Saint-Germain and AC Milan, winning league titles with both clubs.

Named as African Footballer of the Year on three occasions, Weah’s electric pace and dribbling skills made him a multi-functional forward, both a great goalscorer and scorer of great goals.

After leaving Milan, the current Liberian President Weah would spend short spells in the Premier League at both Chelsea and Manchester City, though despite winning the FA Cup with the former his impact was limited.

The player who had been crowned as the world’s best just five years earlier was no more, Premier League fans missing out on the opportunity to see Weah at his devastating best.

Part of the France side that had dominated international football with World Cup and European Championship success, Blanc had played for some of the continent’s biggest sides in Barcelona and Inter Milan prior to his move to the Premier League.

Manchester United boss Sir Alex Ferguson sought the services of the experienced centre-back following the shock departure of Jaap Stam to Lazio, but adapting to the demands of the English game in his mid-thirties proved difficult for a defender once regarded as amongst the game’s best.

Blanc would struggle during that debut season at Old Trafford as United relinquished their title to Arsene Wenger’s Arsenal, being heavily criticised for his performances as the club suffered five defeats by December.

Despite the Red Devils bouncing back to regain the championship the following season he would play little more than a bit-part role, the Frenchman retiring at the end of that second season, having looked a shadow of his former self.

What might have been for Finland’s greatest ever footballing talent had injuries not decimated the latter years of his career.

Litmanen would be one of the stars of the great Ajax team from the mid-nineties, scoring 129 goals and helping the Dutch side to five league titles and the Champions League during a glittering seven-year career at the Amsterdam club.

He would finish third in the Ballon d’Or after helping Ajax to that European success in 1995, before leaving the club for Barcelona four years later where injuries would begin to take their toll.

After just one season in Spain, the forward would head to the Premier League with Liverpool, and despite winning the UEFA Cup, FA Cup and League Cup under Gerard Houllier, Litmanen would miss all three finals through injury.

A popular figure on Merseyside, Litmanen would score nine goals in 43 matches for the club before returning to Ajax. Later signing for Fulham, he would fail to play a single game amid heart concerns, a sad conclusion for a player once amongst European football’s greats.

One of world football’s great goalscoring defenders, Fernando Hierro would be a cornerstone of the Real Madrid side for over a decade, winning La Liga on five occasions and lifting three Champions League titles.

Remarkably for a player who would play the majority of his career either at centre-back or in defensive midfield, the classy Hierro would at one point be Spain’s all-time record goalscorer, whilst his knack for finding the back of the net would see him score 126 goals in 621 appearances for Real – including one season in which he would score 21 La Liga goals.

One of Spanish football’s all-time best, Hierro would spend the final season of his career at Sam Allardyce’s Bolton, the former Trotters’ boss seemingly able to persuade some of the game’s greats to move to Greater Manchester in the twilight of their careers – despite, it must be said, his seemingly anti-football reputation.

Hierro would arrive in the summer of 2004 aged 36-years-old, where he would exert a calming influence over a Bolton side who would finish in the dizzying heights of sixth, making 29 appearances and scoring once.

Having helped Bolton to within three points of Champions League qualification he would call time on his glittering career, his late arrival in England proving to be all too brief, spending a single season enjoying an Indian summer with Big Sam and co.

Larsson’s status as one of the greatest footballers in Celtic’s history is a testament to his loyalty to the Scottish side, the former Swedish international scored 242 goals in just 313 appearances for the Hoops, winning eight major honours including four league titles.

Twice named as the division’s Player of the Year and finishing as Scotland’s top scorer on five occasions, Larsson would ultimately depart for Barcelona after seven seasons where he would win two La Liga titles and the Champions League.

Having returned to former club Helsingborg as he entered the twilight of his career, Larsson would be offered a Premier League opportunity when joining Manchester United on a brief loan deal.

The 35-year-old scored once in seven league appearances as Sir Alex Ferguson’s side won the title, though he quickly became a popular figure with both teammates and supporters.

Starring as the stand-out player north of the border for much of his career, what could have been had he made the move to English football when at his very best.