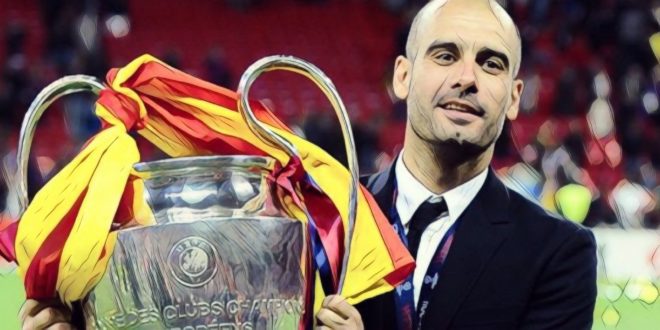 The UEFA Champions League is widely regarded as the pinnacle of club football, the continental competition fiercely contested between world football’s biggest clubs and the game’s finest players and coaches.

Winning the competition is no mean feat and throughout the storied history of the European Cup and Champions League, there have been only seven iconic figures who have lifted the famous old trophy as both a player and a manager.

Being a great player is no guarantee of being a great manager, but this list of football’s finest have enjoyed the ultimate success in both roles, here are the seven men to lift the Champions League as a player and manager:

Real Madrid’s love affair with the European Cup began in the fifties following the formation of the competition, the Spanish giants winning the first five editions of the tournament to establish themselves as the finest footballing side on the continent.

Few men played as influential a role in Los Blancos’ success as Miguel Muñoz, the midfielder the captain of the side during the first two of their European Cup victories before retiring from the sport. Muñoz moved into coaching and was appointed as manager of Real in 1959, becoming the most successful manager in the club’s history during a 14-year spell in charge at the Bernabeu.

Muñoz guided the Spaniards to nine league titles and a further two European Cup successes in 1960 and 1966, becoming the first man in history to win the tournament as both a player and a coach.

It took almost two decades before another coach achieved the feats of Muñoz, Giovanni Trapattoni becoming the second man to lift the European Cup as both a player and manager.

The Italian formed part of the AC Milan side which won the first two of their seven European Cup wins, winning the trophy for the first time with victory over Benfica in 1963 before adding a second title six years later, Milan thrashing Ajax 4-1 in Madrid.

Trapattoni began a lengthy managerial career following his retirement in 1971 and first began coaching at Milan, later having spells at a succession of leading clubs including Juventus, Inter Milan and Bayern Munich.

It was during the first of two spells at Juventus that Trapattoni lifted the European Cup as a manager, the Bianconeri defeating Liverpool in the 1985 final – a clash overshadowed and tainted by the Heysel Stadium disaster.

Remembering every Ballon d’Or winner from the 90’s

Johan Cruyff was the inspiration and figurehead behind an Ajax side which brought ‘Total Football’ to the world’s attention during the seventies, the midfielder inspiring the Dutch side to three consecutive European Cups and being named as winner of the Ballon d’Or on three occasions.

Cruyff scored twice during Ajax’s 2-0 win over Inter Milan in the 1972 final before later departing to join Barcelona, the club he would later lead to a first European Cup as manager after taking charge at the Camp Nou.

The Dutchman’s fabled side were christened the ‘Dream Team’ following their free-flowing style, their status as Europe’s finest secured as Ronald Koeman’s free-kick secured a 1-0 win over Sampdoria in 1992.

One of just three men to have won the European Cup/Champions League three times as a manager, Ancelotti became the fourth man to lift the trophy after previously enjoying success as a player.

Amongst the most gifted Italian midfielders of his generation, Ancelotti was twice crowned as a champion of Europe during his time with AC Milan, winning the tournament in back-to-back seasons during 1989 and 1990 in a side containing the talents of players such as Marco van Basten and Ruud Gullit.

Ancelotti had earlier reached the final during his time at Roma – losing to Liverpool on penalties in 1984 – before embarking on one of the most successful managerial careers of the modern era.

Ancelotti’s coaching career has taken him to the likes of Juventus, Real Madrid and Bayern Munich, though the pinnacle was a trophy-laden eight-year spell at former side AC Milan, reaching three Champions League finals in just five seasons and lifting the trophy on two occasions.

He later added a third trophy during his time at Real Madrid, leading the Spanish side to the fabled La Decima, their tenth European Cup.

It was one of Ancelotti’s former Milan teammates who was next to join this list of greats, Frank Rijkaard having joined the aforementioned Van Basten and Gullit in a formidable Dutch-inspired Rossoneri outfit during the late eighties and early nineties.

Rijkaard formed part of the side which won consecutive trophies during a hugely successful era in Milan – scoring the final winner against Benfica in 1990 – before winning the trophy for a third time with Ajax in 1995, the Dutch side’s win over Milan proving to be Rijkaard’s final game as a player before retirement.

The Dutchman moved into coaching and – after short spells with the Netherlands national side and Sparta Rotterdam – was appointed as manager of Barcelona in the summer of 2003, playing a crucial role in reestablishing the Catalan side as one of Europe’s leading teams, laying the foundations for a golden period in the club’s history.

Amongst the great managerial brains of the modern era, Pep Guardiola was an avid student of the game during his time playing under the guidance of Johan Cruyff at Barcelona, the Spaniard a disciple of the tactical approach legendary Dutchman became famed for.

Guardiola formed part of Cruyff’s Barcelona side which won the Catalan’s first European Cup in 1992, part of a glittering career at the Camp Nou that spanned more than a decade and delivered six league titles amongst his major honours.

After a brief spell in charge of Barcelona’s B side, Guardiola was appointed at the Camp Nou as successor to Rijkaard, where he oversaw the most successful period in the club’s history.

Guardiola won the Champions League as part of a historic treble during his debut season in charge, before adding a second European title two years later, Barcelona defeating Manchester United in both the 2009 and 2011 finals.

He became just the sixth man to win the trophy as both a player and manager, his Barcelona side widely regarded as the greatest club side of all-time following their spellbinding style of football.

Regarded by many as the best footballer of his generation and now well on his way to receiving similar praise as a manager, Zinedine Zidane has been a magnet for success throughout a glorious career.

It was Zidane’s stunning swing of his left boot that delivered Champions League success for Real Madrid in 2002, the Frenchman’s sublime volley sealing victory over Bayer Leverkusen at Scotland’s Hampden Park.

That success added yet another major honour to a playing career that also included World Cup and European Championships success alongside winning the Ballon d’Or, Zidane proving similarly destined for greatness since moving into management at Real Madrid.