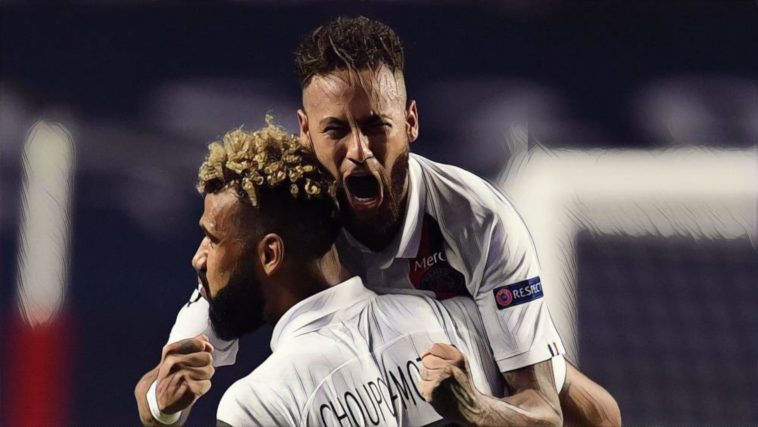 In the end it was perhaps the most devastating result for so-called ‘neutrals’ in the history of the Champions League.

With just seconds to go until injury-time, Atalanta’s brave attempts to hold onto a one goal lead were finally vanquished when Marquinhos’ deflected close-range effort landed in the net. Then a double-whammy just two minutes later, as Eric Maxim Choupo-Moting, relegated with Stoke City in 2018, slid in to seal a comeback victory for Paris Saint-Germain.

On every level it was a hammer blow to viewers of a non-Parisian persuasion. The plucky underdogs with a tantalisingly attractive approach to the game were dumped out in the most heartbreaking fashion, while the super rich, over-indulged and easy-to-hate favourites prevailed.

Never one to appropriately read the room, BT Sport’s co-commentator Steve McManaman effusively praised “this wonderful game” we call football, oblivious to the fact that barely anyone watching at home was feeling that way inclined.

So it was a crushing end to an amazing campaign for the unfancied Italian outfit, but for PSG this was a triumph that will go down in their history as the day they came of age. That might seem a little over the top considering they only just got by a club whose entire wage bill is cheaper than what Neymar gets paid in a year, but given they haven’t reached the semi-finals of this competition since the days of David Ginola and George Weah, it’s true.

For the main man himself, this was a badly needed reminder of the talent and ability Neymar possesses. With Marco Verratti and Angel Di Maria ruled out, and a certain superstar French striker fit enough only for the bench, it was all on his shoulders and he showed up with a man of the match performance. But this was also a match that threatened to perpetuate the narrative of his supposed downfall.

Neymar gave his Man of the Match award to Choupo-Moting ? pic.twitter.com/q19juEI4CN

Critics seized upon two bad misses in particular; the first came in just the third minute, the best chance of the entire game when he ran through on goal, one-on-one with the goalkeeper, but hit the ball with his big toe and somehow put it a metre wide of the post; the second he fired into the night sky after a run in behind the defence.

Not the end product of a world record transfer holder, but it shouldn’t overshadow the fact that he was doing absolutely everything by himself in the opposition half of the pitch. Playing in front of a stodgy midfield three of Marquinhos, Ander Herrera and Idrissa Gana Gueye, he was the one moving the ball forward from midfield, getting the ball into the box and taking all of the shots.

In the 28th minute he nutmegged the Atalanta goal scorer Mario Pasalic before cutting inside and dragging his shot from 20 yards just wide of the post. A number of times he fed low crosses into dangerous areas only for Mauro Icardi or Pablo Sarabia to be too slow to meet the ball.

It was only when Kylian Mbappé come on did we finally get to see the frontline click. The Brazilian’s shot-cum-pass led to his compatriot’s equaliser, before setting his foot up like a putter and knocking a perfect slide rule pass to the Frenchman, who made the assist for Choupo-Moting. 2-1, game over.

By the final whistle Neymar had taken six shots, made five key passes and completed a frankly ridiculous 16 take-ons – the joint-most dribbles in a single Champions League match alongside Javier Zanetti and some guy called Lionel Messi. It was a simply stellar performance.

Neymar put on a clinic on how to beat your man against Atalanta ?

Neymar is a maligned character, and in a lot of ways it is deserved. In the past year alone he has assaulted a fan and been accused of rape, while the less serious charges of diving and playacting have made him deeply unpopular among football fans. Coming across as an entitled and grossly overpaid mercenary for a club funded by the vast wealth of an oil rich state doesn’t help either.

And yet, to bring it back to the inconsequential matter of the sport itself, there is no doubting the level he is at. In terms of skill level alone, he is second only to Messi, and yet at 28 years of age it doesn’t feel like he has done nearly enough to justify that comparison despite his achievements.

Don’t forget this is the player who drove Brazil all the way to the World Cup semi-finals in 2014, where the team fell apart without him that fateful night against Germany. The guy who sealed Barcelona’s last Champions League success in 2015 with the final kick of the game against Juventus. And the man whose greatest ever performance spurred Barça to the biggest comeback in history against, ironically enough, PSG in 2017.

That marked something of a zenith, as from that moment his standing in the game began to diminish. He greatly underperformed at the last World Cup in which Brazil meekly exited at the quarter-final stage, while the decision to ply his trade in Ligue 1 means anything he accomplishes there will never be respected. While far from the farmer’s league some make it out to be, the French top tier is so devoid of competition it is comical at this stage, with PSG winning seven of the last eight league titles.

The thing that has hurt Neymar’s footballing image the most, though, is the fact that we simply haven’t seen him at this stage of the competition in so long. This year will be the first time since 2015 that he has featured in the last four, and he incurred untimely injuries in the knockout phase of the past two seasons. Indeed, he has only scored a meagre 11 goals in the knockout stages compared to 47 by Messi and a mammoth 66 by Cristiano Ronaldo.

That is where the greats of the game shine brightest, creating everlasting memories that will be pulled up on highlight reels for years and years. He’s been ghosted for so long his absence has barely been felt. Who’s that guy again?

That all changes if he can lead Paris to the holy grail and justify leaving Messi’s shadow in the first place, reminding everyone where he really belongs.