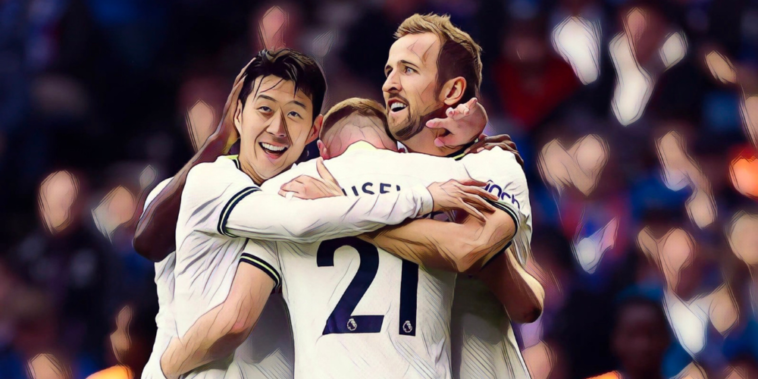 London rivalries resume in the Premier League this weekend as Chelsea take on Tottenham in a huge early-season game at Stamford Bridge.

Both teams began the Premier League season with wins last time out and will be hoping for another positive result in this capital clash.

Here is all you need to know about Sunday’s showdown.

Thomas Tuchel’s side edged to a 1-0 win at Everton in their season opener last weekend, with a penalty from Jorginho in first-half stoppage-time settling a scrappy contest at Goodison Park.

Chelsea remain a work in progress and continue to pursue transfer targets before the deadline. The exits of Romelu Lukaku and Timo Werner have left the west Londoners without a recognised centre-forward, while Frenkie de Jong and Wesley Fofana are being targeted to strengthen the spine of the side.

The Blues will enter this contest in fine form when it comes to head-to-head meetings with Spurs, having won five consecutive games against their north London rivals.

Spurs have not beaten Chelsea since January 2019, while they have won just one of the last 20 meetings between the clubs at Stamford Bridge.

Chelsea’s home record was indifferent last season, however, winning less than 50% (9) of their home league fixtures.

Tottenham will arrive at Chelsea in confident mood, with Antonio Conte’s side topping the early table after a 4-1 thrashing of Southampton on the opening weekend.

Spurs’ four-goal display came despite neither Son Heung-Min or Harry Kane getting on the scoresheet, an encouraging sign for Conte as he looks to ease the goalscoring reliance on the duo.

Straight back to work 💪 pic.twitter.com/K9gnQRfyxU

Dejan Kulusevski was in inspired form for Spurs and the Swede will hope to keep his place in the side as he competes with summer signing Richarlison for a place alongside Son and Kane.

After a strong end to last season and solid summer of recruitment, there is optimism at Spurs that the club can enjoy a successful season. Ending a wretched recent record against Chelsea will only increase that hope.

Chelsea won both meetings between the teams in the Premier League last season, including a 2-0 win over the north Londoners in January.

It was a third win for Chelsea against Spurs in just three weeks, having also won both legs of a Carabao Cup semi-final between the sides earlier in the month.

Hakim Ziyech opened the scoring with a spectacular goal from distance, curling a superb effort into the far corner just two minutes after half-time.

Hakim Ziyech had the keeper looking like a statue ☄️

What channel is Chelsea v Spurs on?