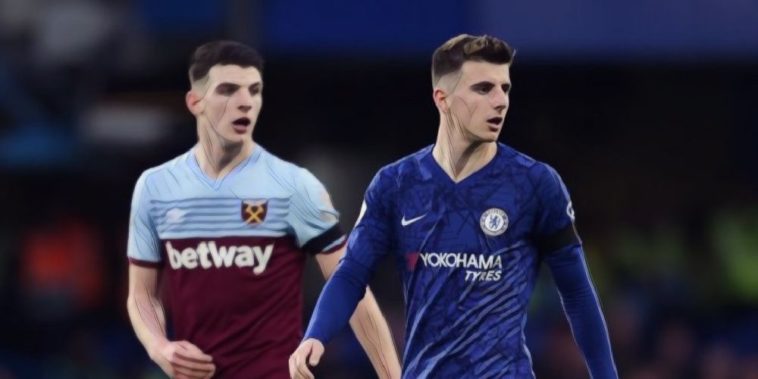 Rivalries are resumed when West Ham host Chelsea tomorrow night, with the Hammers desperately in need of a positive result against the top four chasing visitors.

Here is all you need to know about Wednesday’s clash at the London Stadium:

It’s been a miserable restart to the Premier League season for David Moyes’ struggling side, the appointment of the club’s former manager yet to revive their fortunes following a campaign of huge disappointment.

Time is beginning to run out for the Hammers who sit perilously close to the drop zone, West Ham outside of the relegation places by virtue of goal difference after four defeats in their past five league fixtures.

No side has taken fewer points from their past ten league fixtures, and Moyes’ must find a way to get his side performing if they are to avoid a potentially catastrophic drop into the Championship.

West Ham arguably have the better run of fixtures than the sides around them in the bottom six, but optimism around the club is low following a season of lacklustre and insipid showings.

Amongst the form sides in the division at present, Chelsea are unbeaten in five league fixtures and have restarted the Premier League campaign with back-to-back wins over Aston Villa and Manchester City, in addition to victory at Leicester in the FA Cup quarter-finals.

Unfortunately for Frank Lampard’s side, however, the only two sides to have taken more points than the Blues over their past six games are Wolves and Manchester United – the two sides directly behind Chelsea in the race to secure Champions League qualification.

The return from injury of several key players has provided the west London side with a boost ahead of the run-in, with Christian Pulisic having impressed in particular with two goals in two games since the restart.

Chelsea currently sit two points clear of fifth-placed Wolves ahead of their game in hand, and will hope to re-establish their five-point cushion to the chasing pack with victory over the struggling Hammers.

West Ham ended a run of seven games without a win with a shock victory at Stamford Bridge in November, with goalkeeper David Martin reduced to tears following a clean sheet on his Premier League debut.

The veteran – son of Hammers’ legend Alvin – replaced the under-fire Roberto and helped West Ham secure a precious three points at their cross-capital rivals, the win lifting the club four points clear of the bottom three.

Aaron Cresswell scored the only goal of the game just three minutes into the second half, firing low past Kepa Arrizabalaga to secure West Ham’s first victory at Chelsea for 17 years.