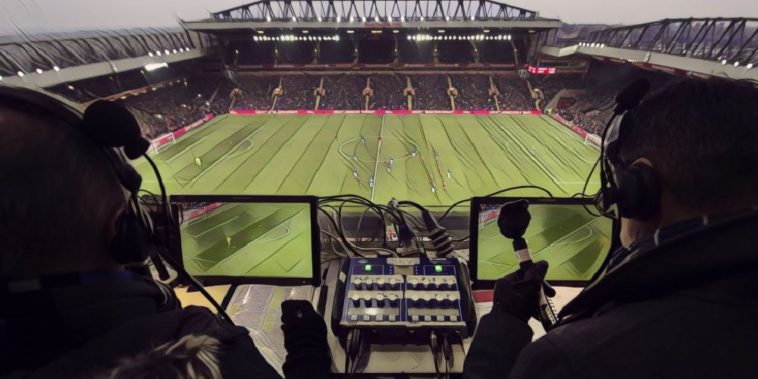 Racial bias is commonplace within English football commentary, according to a study conducted by Danish research firm RunRepeat.

The study has looked into the language used by commentators when discussing professional footballers performances, with the research finding that players with darker skin are more commonly praised for their physical and athletic attributes, compared to comments on ‘intelligence, work ethic and quality’ for lighter-skinned players.

RunRepeat studied commentary from 80 games within the Premier League, Serie A, La Liga and Ligue 1, whilst ratio-adjusting their numbers to account for a higher number of lighter skin within the competitions.

Amongst the most concerning findings was commentators statements on ‘intelligence’, with 62.60% of the comments aimed at players with lighter skin tone being positive, while for those with darker skin, 63.33% of the comments were critical.

The findings come amid the ongoing Black Lives Matter movement for racial equality and have been discussed by PFA equalities executive, Jason Lee, who says it is important to ‘collate information’ in a bid to prevent future unconscious bias in both sport and greater society.

“It was always important to collate information rather than just speaking about the fact we believe there is unconscious bias within sport, and across society really,” Lee told BBC Sport.

“If you’re describing two types of players, one is white and one is black, and they are both doing exactly the same thing and yet for the black player you are picking up on the negative side of it and for the white player it’s the positive side, what I mean by that is a black player will be perceived as having pace and power and aggression, and a white player will have ingenuity and creativity and determination, different traits, when it could be the reverse.”

Much has been discussed about the lack of BAME managers and coaches within the sport at present, with several leading names having spoken out about a lack of opportunities for ethnic minorities.

Lee believes the racial bias within football commentary could be damaging the long-term prospects of player’s hopes of moving into management, insisting built up perceptions of attributes could negatively impact hopes of being provided with an opportunity.

“I think it’s damaging in the long term because when players leave their playing career and they go into coaching or managing, or want to be seen in a more positive light, people will have already built up this perception because for 10 or 20 years all you’ve heard of is that person is quick, powerful and aggressive, and you’ve not heard they are actually intellectual, articulate and [have] a quite different set of skills.”

The Premier League, English Football League and Professional Footballers’ Association yesterday announced a new scheme in a bid to increase the numbers of BAME coaches and managers in the game, with six coaches set to be provided with 23-month placements at EFL clubs per campaign.

Candidates for the position must have a Uefa B qualification and commit to completing a Uefa A coaching licence, and it is hoped the scheme can increase the numbers within football with just six of the current 91 managers and head coaches within the Premier League and Football League from BAME backgrounds.