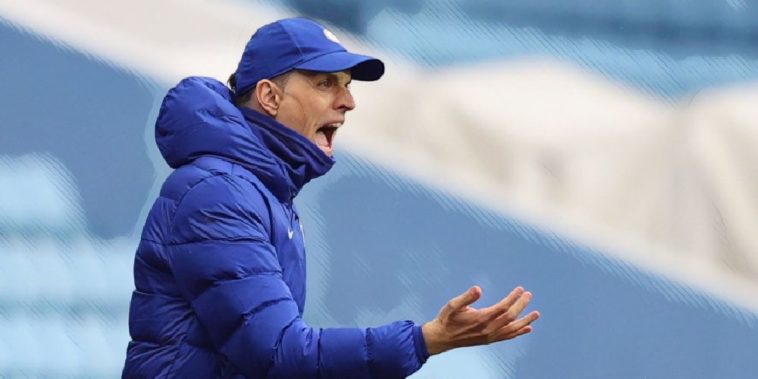 Chelsea survived final day drama to secure their place in the top-four, despite slipping to a 2-1 defeat on the day away to Aston Villa.

The Blues task heading into the game appeared relatively straightforward, with a win guaranteeing their place in next season’s Champions League, no matter what happened elsewhere.

Much like their performance in midweek against Leicester City, Thomas Tuchel’s men made a blistering start at Villa Park, yet couldn’t find that cutting edge in attack, having had nine efforts on goal inside the opening 30 minutes.

The visitors were then made to pay for that wastefulness just before the break, as Bertrand Traore returned to haunt his former club to fire the hosts ahead following a well-worked corner routine.

The Villa forward then added to the Blues woes just after the interval by earning his side a penalty, the 25-year-old caught by Jorginho in the box with Anwar El Ghazi netting from the resulting spot-kick.

After seeing what is quickly becoming a trademark Timo Werner goal disallowed for offside, the Blues did eventually half the deficit through Ben Chilwell, the former Leicester City man volleying home at the back post after an excellent cross from Christian Pulisic – goalline technology ruling the ball had narrowly crossed the line.

The away side would see Cesar Azpilicueta dismissed for violent conduct late on, yet it ultimately mattered little, as Tuchel’s men secured their place in the top-four following Leicester’s 4-2 defeat at home Tottenham.

On the 26th of January, the day before Tuchel’s first game in charge, Chelsea were in 10th place.

While the Blues ultimately achieved their goal of securing Champions League football, the German admitted his side were ‘lucky’ to do so, while also highlighting his side’s frustrations in front of goal.

“It was our responsibility to lose today, we had enough chances,” he told Sky Sports. “The performance was by far good enough to win the game. We did not score, conceded two cheap goals and it was a defeat in the end. We are lucky to escape today.

“We did not hit the target, the last touch was not precise enough. It was a very strong last half an hour and we had two big chances to score. We fought, tried everything but forgot to score.”

The closing stages saw captain Azpilicueta dismissed for striking Jack Grealish in the face, although the former Paris Saint-Germain boss was left slightly aggrieved by the decision.

“I saw it and I don’t see the difference from the first half from an Aston Villa player.”

Tuchel was also unhappy with the decision to award the hosts a penalty early in the second-half, although he insisted that the focus is now on next week’s Champions League final clash with Manchester City.

“Very, very soft. I saw no movement from the legs from Jorginho,” he said.

“A loss never feels good but tomorrow I will take a lot of satisfaction. We reached the objective and congratulations to everyone. We are still a young team, players fighting for their first trophies and now we arrive in Porto with full confidence.”