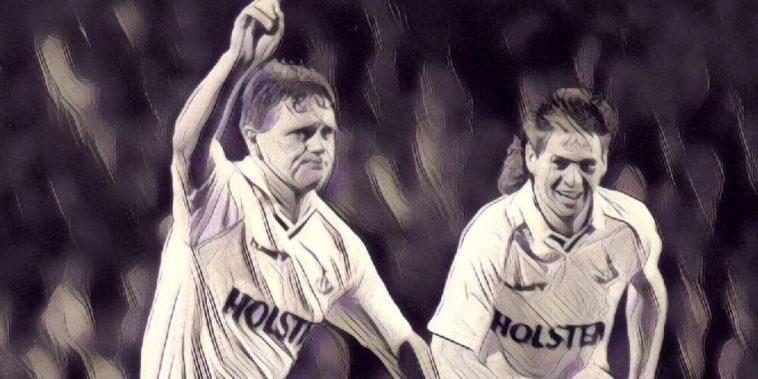 Chris Waddle doesn’t think a move to Manchester United would have ever benefitted Paul Gascoigne.

The former midfielder was on the brink of a move from his boyhood club Newcastle to Manchester United in 1988, before deciding to join Spurs at the last minute after the North London club agreed to purchase a house for his parents as part for the deal.

Gascoigne’s on-the-field talents were never in doubt, however, his well publicised off-the-field problems would begin to dominate the headlines, with the former England international struggling with mental health and alcohol issues.

Sir Alex Ferguson has since described the failure to sign Gazza as ‘the biggest disappointment of all‘ with some suggesting that Fergie’s influence could have maybe protected him from some of his troubles.

However, speaking exclusively to The Football Faithful, Gazza’s former Spurs and England teammate Chris Waddle admitted he doesn’t think a move to Old Trafford would have worked.

“He would have drove Sir Alex Ferguson up the wall! I’m going no,” Waddle told our podcast.

“I think Paul was very much an individual. He liked Terry Venables, I think they had a great relationship. Terry knew what buttons to press with Gazza. He knew he was a loose cannon. If you just got him on the park that was the safest place to put him because we didn’t know what else he’d be doing if he wasn’t on the park. You just look back and think Terry handled him very well.

“There was a lot of players coming towards the end of their time. I remember Viv Anderson was there, Bryan Robson, Norman Whiteside, and Paul McGrath and I think at United they were sort of known as liking a drink. Would that have helped Gazza? He would have been tagged on to it because that’s how he was.

“Nobody knows, I’m saying no, even though Man United were brilliant, and yes I could be wrong. Alex Ferguson could have been the manager that Gazza needed. But with Gazza, he got on better with managers who were a little bit more laid back.

“Bobby Robson talked to him, he called him daft as a brush and said things to him don’t get me wrong. But he could talk to him, communicate with him and Terry Venables they were sort of pally with him and I think he liked that because it relaxed him.

“I just wonder if your getting beat a couple of times and Alex Ferguson is an inch away from his face calling him all the names under the sun, would Gazza have reacted to that? It would have been interesting, I’m going to say no it wouldn’t have made a difference.”

See also: Check out the rest of our interview with Chris Waddle