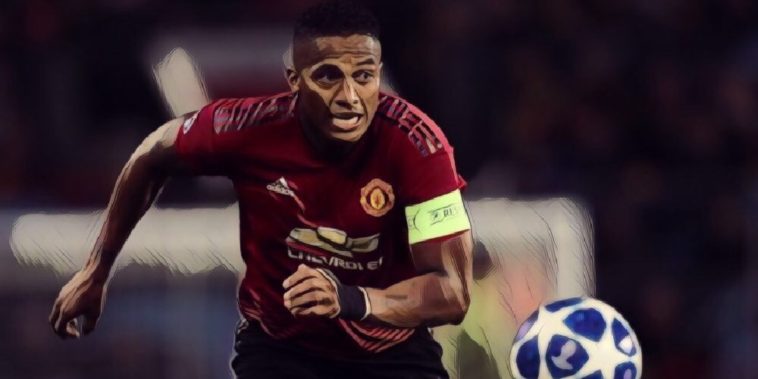 Antonio Valencia has thanked Manchester United’s fans for their support ahead of his final appearance for the club on Sunday.

The Ecuador international is set to become a free agent in the summer after Manchester United decided against renewing his contract.

He moved to Old Trafford from Wigan Athletic back in 2009 for around £16m following the £80m departure of Cristiano Ronaldo, and he would be named the clubs Player of the Year for his performances in the 2011/12 campaign.

In recent years, the 33-year-old has been converted to a right-back, although has recently lost his place to fellow converted winger Ashley Young, who has also taken over the captains armband in Valencia’s absence.

His last outing for the club came against Newcastle on January 2nd, and he has suggested that he could make his 339th and final appearance for the club during Sunday’s Premier League game against Cardiff City.

Speaking ahead of the game, Valencia has thanked the Old Trafford faithful for their support over the last decade.

“It means the world to me – a roller coaster of emotions from sadness to ecstasy,” Valencia told Press Association Sport.

“Sadness because I have won everything as a player here and will miss these moments.

“Sadness too because we have suffered heavy defeats as a team but thanks to the support of the fans we have managed to lift ourselves and I have no doubt they will savour more success in the near future as they deserve. They have always supported me even in my darkest days with serious injuries.

“My wife and daughter and closest friends will join me in my final game.

“I hope they enjoy and savour the occasion as much as I do as their commitment and support during the past 10 years was crucial to my success.

“My message to all Manchester United fans on behalf of myself and my family is to thank you for giving me your undivided support.

“I wish them all the best for the future and that future teams provide you with great victories on the field and as much success as they can muster.”

Valencia has been linked with a move to MLS side DC United, where he would team up with former Man Utd captain, Wayne Rooney.