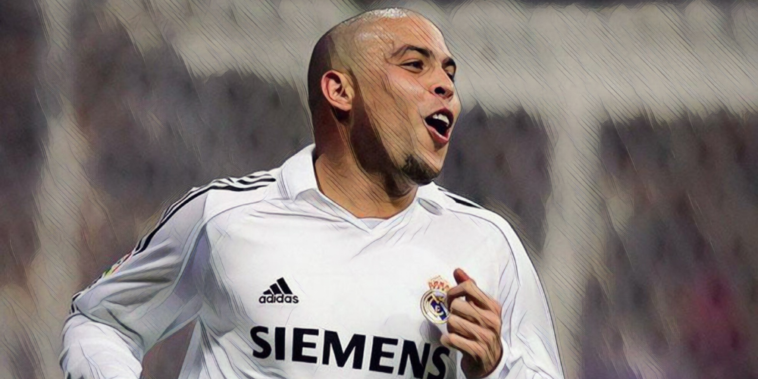 Ronaldo Nazario may not have been quite the same player following the serious injuries which decimated his career, but the version who rocked up at Real Madrid in 2002 was still very, very good.

Ronaldo became the latest Galactico signing to arrive at the Bernabeu, signing from Inter Milan after inspiring Brazil to success in one of the World Cup’s great redemption stories that summer.

The Spanish giants assembled a side of global superstars during the early 2000s, the preceding two summers having seen Luis Figo and Zinedine Zidane arrive in the Spanish capital, with David Beckham following in the summer after Ronaldo’s signing.

Ronaldo led the line in superb fashion alongside home-grown hero Raul, scoring 104 goals across five seasons and finishing as the division’s leading scorer during the 2003/04.

The unstoppable explosiveness of his younger years may have gone, but Ronaldo’s combination of fleet-footed skill and elite finishing ability ensured he remained of the game’s great number nines.

Rarely has a forward combined his mix of strength, speed and skill, O Fenômeno often resembling a PlayStation footballer with his repertoire of step-overs, flip-flaps and trademark rounding of the goalkeeper.

Here is some of Ronaldo Nazario’s best footwork at Real Madrid.