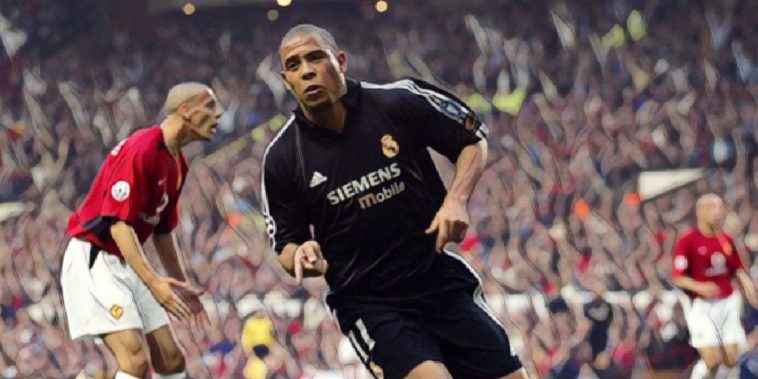 Football’s tribalism means that admiration from oppositions fans is only often received in rare circumstances, a moment or performance which leaves little else to do but applause.

Ronaldo Nazario produced such showing during a classic Champions League quarter-final in 2002/03, the Brazilian forward’s brilliance earning him a standing ovation from the Manchester United fans whose dream of winning the trophy he had just ended.

Ronaldo was a special, special talent and that night at Old Trafford remains one of the defining images of an iconic career, the leading light of Real Madrid’s Galacticos producing one of the Champions League’s great individual performances.

Real Madrid travelled to face the Premier League side in possession of a 3-1 first-leg lead, though needed a sublime showing from their summer signing to progress following a thrilling return clash.

Manchester United may have secured a 4-3 win on the night, but the evening belonged to Ronaldo who hit a stunning hat-trick to secure his side’s passage into the semi-finals.

Injuries had robbed Ronaldo of the blistering explosiveness which saw his rapid ascent to the pinnacle of the game, but the two-time Ballon d’Or winner remained a goalscoring genius and showcased his full repertoire of finishes against the Red Devils.

The big players perform on the big nights and this hat-trick was one of Ronaldo’s greatest games.