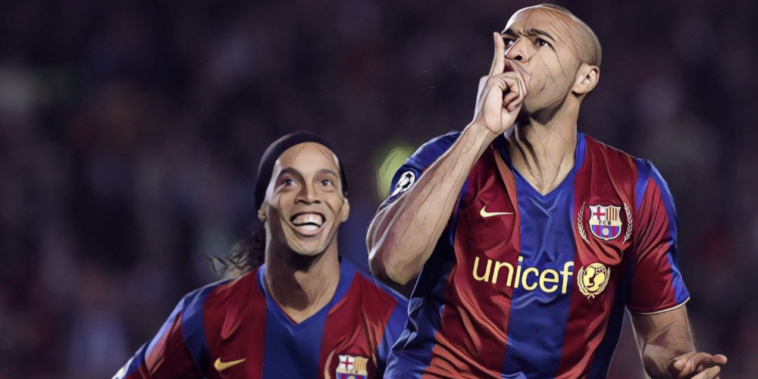 Thierry Henry is often acknowledged as the best player of the Premier League era, a footballer who proved the inspiration behind Arsenal’s successes of the early millennium.

Henry at his best was an irresistible talent, capable of dismantling sides singlehandedly with his pace, footwork and precision whenever given a sight of goal.

He was unstoppable on occasion, dancing around defenders with an effortless elegance and redefining the role of the modern forward as he drifted wide and created chances in addition to scoring with unerring regularity.

After eight seasons, a record 226 goals, two league titles and countless individual accolades, Henry departed for Barcelona in search of a new challenge and became a key figure in a formidable side under Pep Guardiola.

Henry scored 49 goals across three seasons for the Catalan giants, including 26 in all competitions during the 2008/09 season – a campaign which delivered a historic La Liga, Copa del Rey and Champions League treble.

Henry formed a devastating forward line-up with Samuel Eto’o and Lionel Messi, the trio working in brilliant tandem to bring a wealth of silverware success to the Camp Nou.