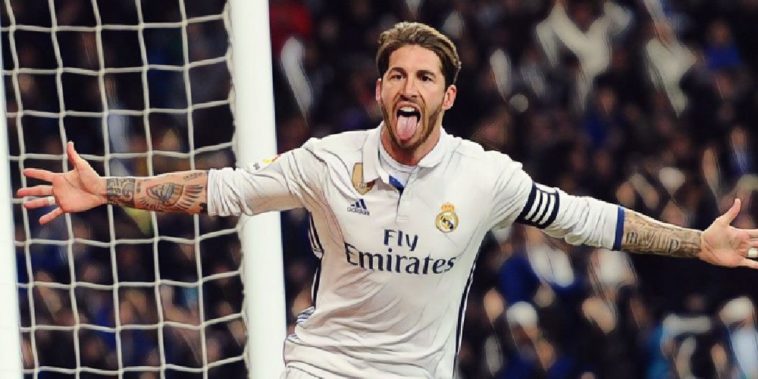 Arguably one of the greatest and most influential players in the club’s history, Real Madrid legend Sergio Ramos has decided to part ways with the La Liga side, completing a free transfer move to PSG.

The Spain international – who was a notable absentee from Luis Enrique’s Euro 2020 squad – announced last month that he has decided to call time on his remarkable 16-year career at the Bernabeu, after reaching the end of his existing contract.

Having failed to come to an agreement over a new deal to remain with Los Blancos, the 35-year-old is now set for pastures new, completing a switch to the Parc des Princes to join Mauricio Pochettino’s side on a free transfer.

The World Cup and European Championship winner leaves the Spanish capital with a healthy stack of medals, having claimed five La Liga titles, as well as a staggering four Champions League winners medals following his arrival from Sevilla in 2005.

The King of sh*thousery, the veteran Spaniard has also cemented his status as one of the game’s all-time great goalscoring defenders, having scored 101 goals in all competitions for the club, including 72 La Liga goals.

Although he may well score a few more in the coming years wherever he ends up, seeing as we’ve reached the end of a hugely successful era, let’s take a look at some of his best La Liga goals for Madrid.

Read – Picking the best XI from the Euro 2020 semi-finals