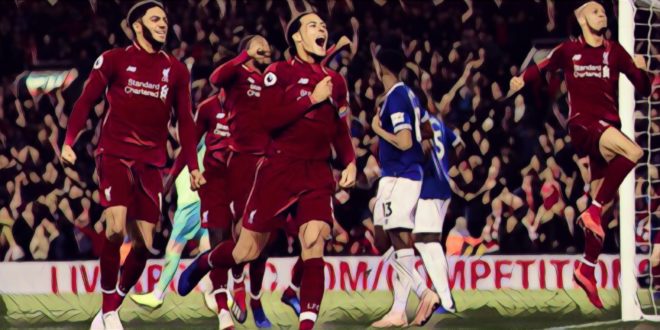 Liverpool’s Virgil van Dijk is set to beat Manchester City’s Raheem Sterling to the PFA Players’ Player of the Year award according to reports.

The defender has enjoyed an impressive campaign at the heart of a Liverpool defence which has conceded just 20 league goals so far this season, and looks to have been voted by his fellow professionals as the league’s outstanding player.

Van Dijk was shortlisted alongside teammate Sadio Mane, Manchester City trio Sterling, Sergio Aguero and Bernardo Silva and Chelsea’s Eden Hazard for the accolade, and according to the Daily Mail, the former Southampton and Celtic centre-back will be announced as the winner on Friday.

The Dutchman has helped transform Jurgen Klopp’s side into title contenders, with Liverpool currently boasting the best defensive record in the Premier League.

His main threat was thought to be England international Sterling, who has enjoyed a sensational season scoring 17 league goals to date.

Should Van Dijk be crowned the winner, he will become just the third defender to win the award in the Premier League era, and the first since Chelsea’s John Terry in 2004/05.

Van Dijk was named in the PFA Team of the Year alongside three of his Liverpool teammates, Trent Alexander-Arnold, Andrew Robertson and Sadio Mane.

The PFA Awards will be held in London this Sunday.

Read: Can you name every Premier League winner and the year that they won it?