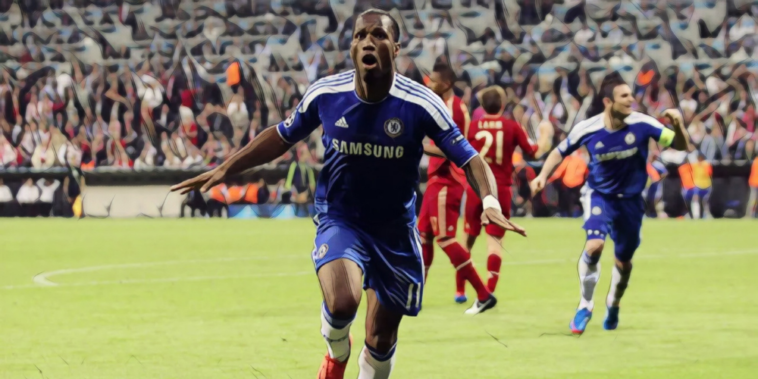 Didier Drogba enjoys legendary status at Chelsea, the forward having been at the forefront of the most successful era in the club’s history.

His legend was built on an ability to decide matches almost singlehandedly, compiling a remarkable goalscoring record in cup finals and so often proving the man for the biggest of occasions.

Drogba was also amongst the pioneers of the lone forward role in English football as the Premier League moved away from traditional partnerships in attack, the Ivorian a one-man army who lay siege to opposition defences.

Chelsea‘s talismanic talent was physically dominant and a fine finisher off either foot, scoring 164 goals in all competitions to become the Blues highest-scoring foreign player and fourth overall.

Amongst his greatest assets was an outstanding aerial ability as he powered over defenders before heading home, including that goal in the 2012 Champions League final as Chelsea became the first London side to be crowned champions of Europe.

Here are some of Didier Drogba’s best-headed goals in a Chelsea shirt.

Read – Now or never? Is it time for Harry Kane to leave Tottenham?

See also – The poacher of Paris: Cavani’s goals for PSG