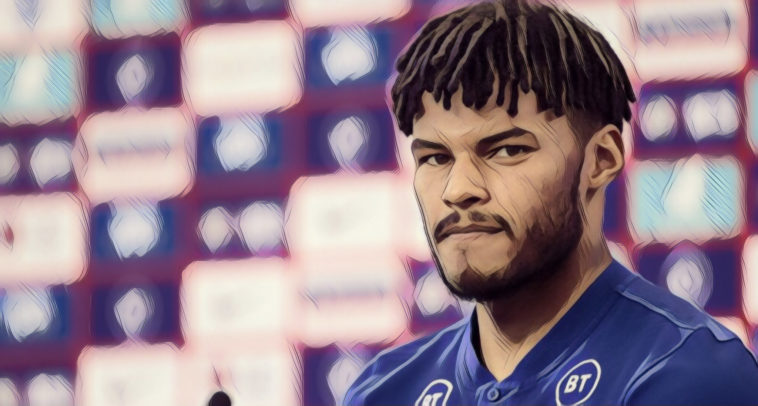 Last week Aston Villa defender Tyrone Mings revealed that he sought the help of a psychologist during Euro 2020 after suffering a crisis of self-confidence.

He erroneously believed that ’90 – 95%’ of the country had doubts about his ability to stand in for the injured Harry Maguire as England prepared for their opening fixture against Croatia and as anyone who has endured depression that manifests itself as insecurity knows, once negative notions appear they soon claim residence.

“It’s very difficult to stop this intruding on your own thoughts,” he informed a tabloid newspaper. “So I did a lot of work on that with my psychologist. It was hard. I didn’t really sleep very well before that first game.”

The response via social media to Mings’ disclosure was overwhelmingly empathetic and indeed any reproval focused on the headlines that accompanied the news story, headlines that employed the same word used in the opening line above (purely for effect you understand). ‘Revealed’. It intimates that seeking professional help to address a mental health issue is a secret. It alludes to a revelation of sorts, even scandal.

Whereas in reality, of course, it was barely worthy of news at all that a professional sportsman, under intensive pressure in the build-up to a major international tournament, should turn to a trained individual to assist him in tweaking his mindset. After all, in modern sport Psych support is as valued a structure as nutritional guidance or strength and conditioning coaching.

Would it be ‘revealed’ that Mings had undergone a series of massages in the days leading up to the game in order to improve his physical well-being? That is a ridiculous hypothesis. Yet in an age where sports psychology is a widely respected pursuit, it still warrants column inches apparently when a leading footballer puts his mind through a work-out in addition to his body.

🗣”To see such a personality speak about that, it will help other people.”

Conor Coady has spoken of the pride he felt seeing England teammate Tyrone Mings being so honest about his struggles with mental health pic.twitter.com/ECiuzHczPP

Naturally, it was entirely welcomed that Mings publicized his pre-tournament struggles, as it further normalizes a normal situation that has previously been stigmatized due to ignorance. It’s just a shame that the coverage  – “Aston Villa defender Tyrone Mings has revealed he saw a psychologist” as per Sky Sports by way of example – unintentionally undermined his good intentions.

This article, however, is not about the headlines, or the use of a word. And it certainly has no time for the tiny minority who reacted to the news with predictable trolling. Sadly, any news event of any note these days brings out the haters and scoffers; those who believe the human marshmallow Piers Morgan ‘says it how it is’ when he chunders on about ‘manning up’.

No, for once, let’s highlight the positivity and that overwhelmingly empathetic response.

Because back in 1998 when another Villa player, Stan Collymore spoke about his battle with depression the reaction was so very different. Collymore’s manager at the time John Gregory questioned what the forward had to be depressed about as he earned £20,000 a week. Newspapers and the public at large meanwhile were incredulous and cruel, some even resorting to open mockery.

Even now, nearly 25 years later, the former player’s Wikipedia page describes a career ‘marred by controversy’ with the first example being his public struggles with mental health. Is mental health in any way ‘controversial’?

I’ve got so much time for this guy, never afraid to have an open and honest discussion about very difficult and very personal subjects. Inspirational and a true leader in all senses of the word @OfficialTM_3 👊🏾 pic.twitter.com/RGDYyAscpY

Yet as jarring as that Wikipedia line is it’s also oddly on the nose. At the time Collymore’s plight was controversial. It raised the hackles of a nation who were bizarrely outraged that anyone blessed with talent and who was financially well rewarded for it should suffer the same trauma as someone without talent who lived on the breadline. That’s the simplistic prism through which many viewed mental health back then. That’s how unevolved we were as a society.

So much has changed since those dark, ignorant days though of course the fight for awareness continues and we should never let our guard down. In recent weeks we’ve seen cricketer Ben Stokes take an indefinite break from the sport for mental health reasons while at the Olympics, US gymnast Simone Biles withdrew from various disciplines also citing mental health issues.

Again, in both instances, the response was largely compassionate. Again, on both instances a minority chirped up, projecting their own present mental strength onto everybody else and feeling weirdly aggrieved that we are all not the same.

It is these people who used to be the majority and that is categorically no longer the case. But the fight continues nonetheless.

“My mental health did plummet,” Tyrone Mings ‘revealed’ last week. “Though I have no shame in admitting that.” Nor should he and nor was any shame put upon him. Our collective attitude to depression, however, not so very long ago, still shames us all.