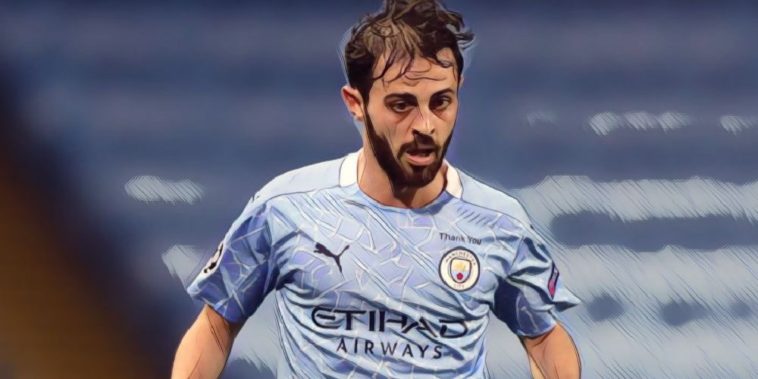 Manchester City are set to offer wantaway midfielder Bernardo Silva as part of a deal for top target Harry Kane.

The Portuguese international has been a key player under Pep Guardiola since his arrival from Monaco in 2017, the playmaker playing a pivotal role in the club’s three Premier League title triumphs in just the last four seasons.

That trophy-laden stint has seen the 26-year-old net 35 goals in 202 appearances for the club in all competitions, although it would appear that his time at the Etihad is coming to an end, having somewhat slipped down the pecking order in recent seasons.

Prior to the champions’ Community Shield defeat to Leicester City on Saturday, City boss Guardiola admitted that Silva was one of three of four players who had indicated a desire to leave the club this summer.

As per the Mail, the former Benfica man could well be used as a makeweight in the club’s pursuit of Harry Kane, with City currently unwilling to meet Tottenham Hotspur’s £150m valuation.

Guardiola’s side are already said to have offered £100m for the England skipper and would even go as far as placing a £130m bid, although they are willing to miss out on the striker altogether should Daniel Levy’s valuation remain as it is.

One possible solution to avoid forking out a hefty sum is to add in Silva to the deal, albeit with the hugely talented midfielder perhaps unlikely to be keen to join a club who will be participating in the Europa Conference League next season, rather than the Champions League.

The same can be said of Euro 2020 star, Raheem Sterling, the former Liverpool man reportedly also keen to call time on his spell at the club, yet has no interest in taking what he would consider a step down to join Nuno Espirito Santo’s side.

Having seen Sergio Aguero depart for Barcelona on a free transfer at the end of last term, City appear in need of a new striking addition, with Kane seemingly the man at the top of their list.

While negotiations drag on for the 28-year-old – who has recently issued a statement to quash suggestion that he had refused to return to Spurs training – City have already splashed out £100m to bring in Jack Grealish, the former Aston Villa captain making his debut off the bench against the Foxes.