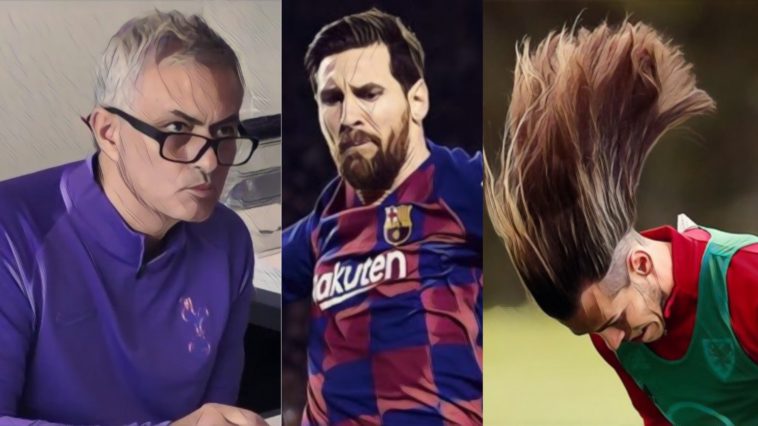 The best tweets from the world of football this past week, featuring the Spurs documentary, the Lionel Messi situation at Barcelona, what Harry Maguire said to the Greek police, Gareth Bale head-swinging antics, and lots of Shane Duffy, for some reason.

We can only applaud Rashford for keeping up the good fight.

An accurate summation of All or Nothing thus far.

Basically Jose and Harry Kane all throughout that #AllorNothingSpurs documentary pic.twitter.com/xWu2RuKSxo

Watching Jose Mourinho react to pundits talking about him was… something.

*Pointless counter stops on one* pic.twitter.com/3U42KkhfXB

That scene was even faker than the Matt Doherty announcement video.

Lionel Messi will not be leaving Barcelona, of course, meaning this was in fact the biggest upheaval at the club.

As Rakitic leaves and Umtiti stays at Barcelona, so dies the dream of a full team who sound like funky drumming licks

But now that we know he is staying put, at least the real deal of the summer won’t be overlooked.

I feel like if Manchester City do sign Lionel Messi it will really overshadow securing Scott Carson on loan from Derby County for another season.

Instead, it was Grady Diangana’s exit from West Ham that caused the biggest transfer stir, surprisingly enough.

As captain of this football club I’m gutted, angry and sad that Grady has left, great kid with a great future!!!!! https://t.co/oNPPEp8Pt6

The more I read the Greek police’s comments about the Harry Maguire case, the less I believe them.

"Aristotle's just war theory is inconsistent with his theory of virtue," roared the United skipper. https://t.co/d5OvEvwCoy

No wonder zidane hates him https://t.co/sXN7E0QebO

Bale blames Real Madrid for not allowing him to leave

The Alexis Sanchez situation at Man United was not a unique one.

Just read what Sanchez said. Something similar happened with myself years ago. I’d just joined a club and after my first day training a few players phoned their agents asking to be moved

Ole Gunnar Solskjaer has a bold strategy to beat the opposition.

Antonio Valencia was such a smooth criminal…

It was a big week for Shane Duffy, who signed for Celtic. But first he had to contend with a mighty foe.

It's the battle no-one asked for: @shaneduffy 🆚 🐝

Ireland played with a new approach under new manager Stephen Kenny, but it ended with a very familiar conclusion.

Republic of Ireland’s greatest ever 1-1 draws

Wow, there’s a surprising amount of Duffy content this week. We approve.

I know Shane Duffy means "this season" but I like to imagine he's mostly into cycling and only got roped into football by a mate in work who was short on numbers. pic.twitter.com/ZFlOj39i3f

Famously, nothing was ever Mark Hughes’ fault.

I thought losing 13 of his last 20 games led to his departure. I stand corrected. https://t.co/EWo2vSatbA

I guess that’s one way to announce Chris Martin signing for your club.

Read: How to make the best transfers and captaincy picks in FPL

See Also: The greatest tweets ever seen on Football Twitter