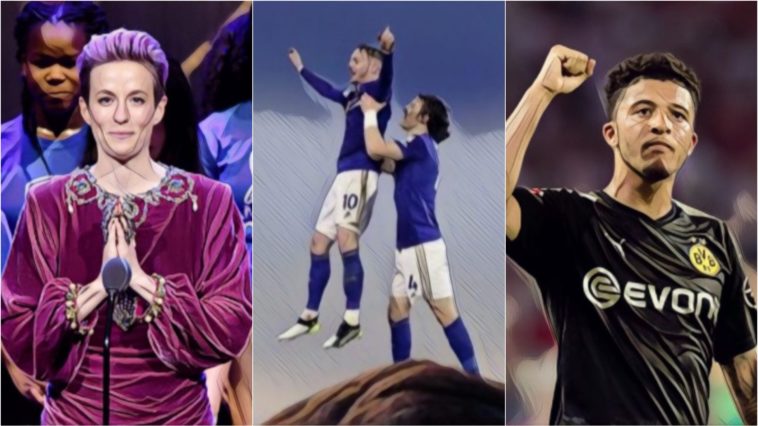 The best and funniest tweets of the week from the world of football, featuring Leicester City’s recreation of a Disney film, Megan Rapinoe doing her thing, and Jadon Sancho doing his.

It’s the cirrrrrrrcle of life.

There’s a time and place. But for you, Jesse, neither exists.

Nothing to see here 🤭pic.twitter.com/2VnQSDq9Yb

So fucking NUNEATON BOROUGH do this, and you’re telling me Pep Guardiola hasn’t had an influence on English football??

Yeah, this is decent.

What have I just witnessed? 😲 Estudiantes de La Plata returning home after 13 years away from their historic stadium put on this show for their fans: pic.twitter.com/AHCYo6oSy0

Maybe mainstream football Twitter accounts should do their research before hitting send.

Show some mercy, Denise, they have families!

Football at its purest.

It doesn't get much better than this…

Find me a better camera angle for a goal, I dare you.

Love the camera angle for this Steve Staunton screamer on an old 'Soccer Show' RTE/Sky 2001 pic.twitter.com/TcPtKffhHy

See Also: Five of the best full-back pairings in the Premier League era