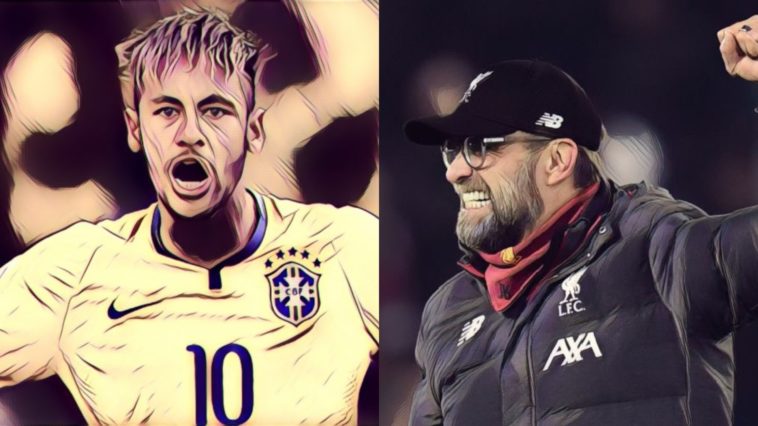 The best tweets from the world of football from the past week, featuring Neymar Jr’s stepdad being six years his junior, Jurgen Klopp masters the art of washing dishes like us regular folk, trialists and their tribulations, and more.

Believe it or not, this man really is in a relationship with Neymar’s mother.

Another thing that’s hard to believe exists, but absolutely does.

Eamonn Holmes is trending so we must take a moment to celebrate the fact he actually had this painting made. pic.twitter.com/09BtioBgiN

Whereas his manager has certainly been making use of his time in lockdown.

Houllier’s Liverpool legacy should not be underestimated

The different types of trialists ? … pic.twitter.com/h5LB2kYLR4

Wayne Rooney was balding as a child pic.twitter.com/Wk6NWnj95O

These viral chains are getting out of hand.

Under current rules Mohammed bin Salman must now tag five friends, who then have 24 hours to buy their own Premier League football clubs https://t.co/I0P5ibXloo

Newcastle set to get rid of Mike Ashley, but at what cost?

Oh man I miss football but I think I miss ??ing even more ??? pic.twitter.com/IsaT99uf7H

Never miss an opportunity for a dig…

And always gloat about your successes.

The most iconic goal celebrations in Premier League history

And finally, there is something soothing and reassuring about hearing Peter Drury’s voice in these football-less times.

Many of you asked to hear from Peter so here he is. pic.twitter.com/h5YWVhVKMv

Read: The birth of the ultra and the story of Vincenzo Paparelli