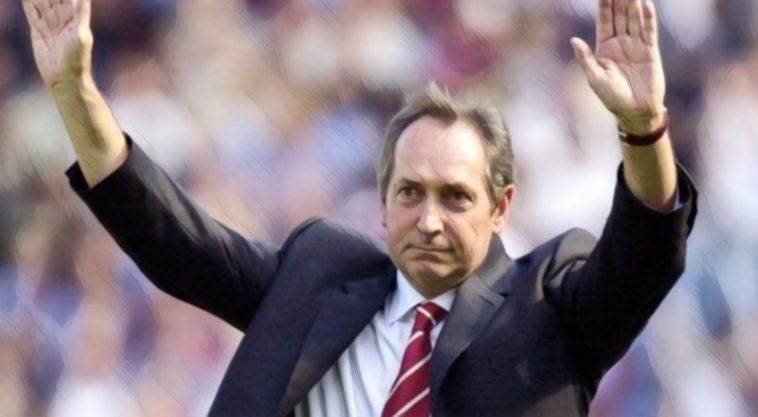 During the wee small hours of the morning of 26th May 2005, while the Liverpool players posed with the European Cup and sat drinking lukewarm beers in their dressing room at the Ataturk Stadium, a familiar figure shuffled in to offer his warmest congratulations.

Gerard Houllier of course, knew most of the playing staff very well, having only vacated his role during the previous summer. And while it would be a criminal disservice to do a Sam Allardyce and disregard Rafa Benitez’s contribution to that near-mythical night in Istanbul; it is impossible to overlook the critical foundations put in place by Houllier in the years leading up to that night on the banks of the Bosporus.

Indeed the Frenchman has become something of an overlooked figure in the pantheon of Liverpool all-time-greats. And yet, you only need to read testimonials of some of the club’s most influential former players to gauge his importance in the recent history of the club.

However, time and subsequent dramatic events have somewhat dimmed the star of the fiercely passionate and intellectually savvy manager who made a lasting impact on the club’s fortunes during six eventful years at Anfield.

Spanning two decades as well as an era of transition; Houllier’s reign started with some much needed renovation to the club’s ageing infrastructure and inward looking approach.

By the summer of 1998 change was in the air. A near decade of underachievement saw the Reds looking to make a historic transition. For nearly half a century all managerial and coaching appointments had been insular affairs. Thanks to an increasingly archaic desire to remain hardwired to the glory days, the club stayed loyal to a coaching set up of Roy Evans, Ronnie Moran and Sammy Lee; all stalwarts of previous regimes and a tangible link to the past.

Ironically then, it was a member of the old guard who first championed the idea of bringing Houllier to the club. Respected senior board member Tom Saunders was aware of the Frenchman’s rising stock and impressive CV and endorsed a bold approach in the late nineties.

The former France national team manager had a romantic link to the city. As a student, he had spent an academic year there and attended Anfield several times whilst working at a local school. His rise through French football had seen him clinch the title with Paris Saint-Germain in 1986, having forged a name for himself in the industrial heartland of Lens before his spell in the City of Lights.

By the time Liverpool made their move to break with tradition and appoint an outsider they had to fend off competition from Celtic and Sheffield Wednesday. However even then, that creaking apparatus at Anfield caused an unwanted complication.

Club Chairman David Mores had made the decision to fire Evans during the 1997/98 season, however, he got cold feet. The stuttering and indecision that followed was yet another example of why Liverpool had floundered and stagnated during the 1990s. Eventually, Houllier was snared but only as a joint-manager with Evans for the 1998/99 season. It was a bizarre set up that stank of half measures from the board and created confusion with the players on the training ground.

Once the ill-fated joint venture came to an end in the late autumn of 1998, the Frenchman wasted no time at all in moulding the club in his own image.

The Liverpool team he inherited was made up of nearly men; capable of playing thrilling football but ultimately floundering when the pressure was cranked up. Defensively the club lacked discipline and off the field, a majority of players had an image problem with the media dubbing them the “Spice Boys” after their infamous Cream Suits Cup final in 1996.

The pace at which most of this was remedied was startling. After a glut of new continental defensive recruits arrived in the form of Sami Hyppia, Christian Ziege, Stephan Henchoz, Dietmar Hamann and Markus Babbel. A new layer of steel was added to the team and the results where staggering. The nadir of the 1998/99 campaign saw 49 goals shipped and a seventh place finish. Over the course of the next two seasons, Houllier’s sturdier ship let in just 30 and 39 respectively as trophies began to flood in.

Behind the scenes, he was responsible for taking on the disruptive Spice Boys. Paul Ince was a high profile casualty of this cull, as were Jason McAteer and Neil Ruddock. New fitness regimes were instilled and fines put in place for failure to adhere to club dress codes, using mobile phones at Melwood and general tardiness. Liverpool was to be a tight ship under the former PSG boss.

The 2000/01 campaign was a coming of age year for so many Liverpool players with Houllier watching on wisely  from the dugout. The Frenchman had wanted a local cohort of players to complement his continental imports and a treble of cups was won with: Jamie Carragher, Stephen Wright, Steven Gerrard, Robbie Fowler, Michael Owen and Danny Murphy at the heart of it all.

Perhaps just as important as winning the UEFA Cup, League and FA Cups, was the clinching of Champions League football. Liverpool were back with the elite in Europe once again and a winning mentality had been restored to the club.

Carragher revealed his admiration for the Frenchman in Simon Hughes’s book Ring of Fire: “His team meetings were unbelievable. I’d never seen anything like it before. I was in awe of him. Even someone like Gary McAllister, who was thirty-six, said he’d never seen a manager speak with so much passion.”

Houllier’s Red machine reached the Champions League quarter-finals in 2002 and finished runners up in the Premier League with 80 points secured; it was there best league finish in more than a decade.

However, a near-fatal heart attack at Anfield, during a tense clash with Leeds United that season had seen Houllier rushed to Broad Green hospital, where only the intervention of specialist heart surgeon, who was only in the city by chance that weekend, saved the life of the then 54-year-old manager.

Many regard this dark moment in the club’s history as a turning point. The common narrative is that Houllier’s judgement was never as sharp after that fateful day in October 2001. A notorious decision to substitute the influential holding midfield presence of Hamann for Vladimir Smicer during the last eight clash with Bayer Leverkusen saw the Germans wrestle back control of the match as they went on to dump the Reds out of the competition. The finger was pointed at the manager for such a bizarre and costly judgment call.

Poor results and some turgid football in the following seasons, coupled with dire transfer dealings in the summer of 2002 gave further credence to the view that the manager had lost a step. By the time the Reds limped into fourth place in 2004, they were 30 points adrift of champions Arsenal. The axe fell that summer and Rafa Benitez was sworn in from Valencia to help take the club in a new direction.

With Houllier, there tends to be a lot of focus on what he didn’t do. Critics are quick to point to failed transfers, a lack of a convincing title challenge and a perceived brand of negative football. But to focus on this does the Frenchman a considerable disservice.

Players flourished under his stewardship in a way that many Liverpool supporters in the later 1990s wouldn’t have thought possible. Micheal Owen would win the Ballon D’or in 2001, the same year that Steven Gerrard won the Young Player of the Year award before his elevation to captain in 2003. The likes of Danny Murphy and Emile Heskey would play their best football during Houllier’s reign, earning international recognition as well as winners medals along the way.

Jamie Redknapp went on to say that if Liverpool had appointed him earlier in the nineties then they may have been able to reverse the balance of power in the Premier League, such was his mystique and aura with the players.

Houllier corrected the course that had steered Liverpool away from consistent success in the previous decade and installed the steely, defensive discipline that a generation of supporters yearned for. While his football was not everyone’s cup of tea, the experience, and winning mentality he installed in those heady early years of his reign at Anfield sowed the seeds for that glorious night in Istanbul in 2005.

A modernizer, a thinker, and a fierce servant of the club; Houllier is deserving of a special status at Liverpool and should be remembered for his genuine achievements rather than a handful of poor decisions.