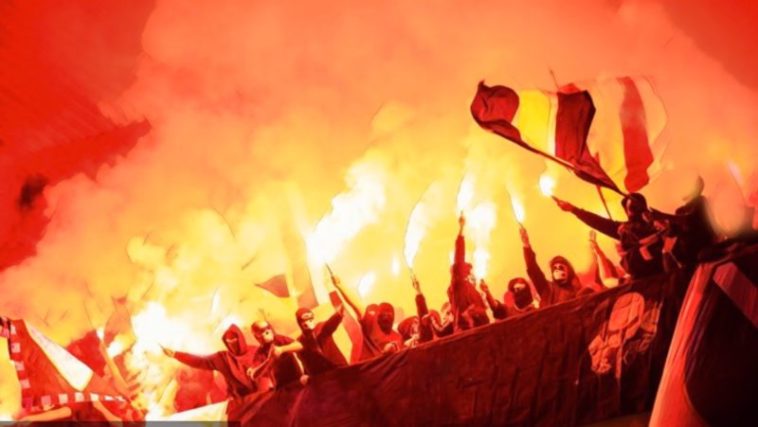 In the Autumn of 1979, the Prati district of Rome was still reeling from the assassination of journalist Carmine Pecorelli.

Pecorelli, a maverick journalist had drawn connections between Aldo Moro’s kidnapping, then President of the Christian Democratic Party, and possible involvement by then Italian Prime Minister Giulio Andreotti.

The militant left-wing organisation Brigate Rosse (Red Brigade) led by Mario Morretti, who later confessed to the killing, had kidnapped Moro on the 16th March 1978 assassinating five of his bodyguards in the process.

After fifty-five days in captivity, the BR’s request for the release of thirteen terrorists in return for Moro fell on deaf ears, his body was found in the truck of a Renault car in the Via Cateni part of Rome.

During his entrapment Moro had written many letters, some were critical of Andreotti and it is believed that some of these letters fell into the hands of Pecorelli, then editor of the weekly magazine Osservatore Politico. By Spring 1979, Pecorelli was dead, found in the Prati district slumped in his car shot at close range four times.

Against the backdrop of this political upheaval Vincenzo Paparelli left his home in Prati, the birthplace of Lazio football club, his destination the Stadio Olimpico Rome, for the Derby della Capitale.

The Rome derby between Lazio and Roma had been taking place in Serie A since the 8th December 1929, with AS Roma taking the honours at that first meeting 0-1.

On that Sunday 28th of October 1979, nearly seventy years from that initial meeting, Paparelli a thirty-three-year-old mechanic took his place on the Curva Nord with his wife Wanda.

Paparelli had been offered the tickets by his brother who could not make the game, as he tucked into a pre-match sandwich an hour before kick-off, flares raged from the Curva Sud the South terrace occupied by AS Roma fans.

The first two flares launched failed to hit their intended target, the Lazio fans, fatally the third hit Vincenzo Paparelli directly in the left eye penetrating his brain. As he lay dying on the terrace, Wanda his wife screamed hysterically ‘You can’t die, Vincenzo, you can’t leave me alone! We have two children.’

Paparelli was the first person to die in an Italian stadium since 1963 a victim of the rising tide of violence and confrontation at Italian football matches.

The Ultra phenomenon of Italian football had reared its ugly head, a term which was borrowed from the vocabulary of political militancy and activism, it defined fandom where solidarity and obsession with a football club through both highs and lows were the core of an entire lifestyle.

In the summer of 1968, Italy saw the birth of the Sessanotto movement, where young students of peasant working-class backgrounds revolted against the traditional capitalist and patriarchal society.

The movement had its roots in strikes and demonstrations where public spaces, parks and street corners were occupied, this style of militant urban revolution included the unfurling of banners and flags.

These self-organised groups became the template for the new Ultra movement who began to colonise football terraces, combining their passion for football with a unique look which included ‘Fashionable blue jeans, parka or camouflage combat jackets adorned with club badges and a neckerchief on the face’; the metropolitan guerrillero was born.

In the same year, AC Milan’s group La Fossa De Leoni became the first Ultra football group, incorporating pro left-wing songs and slogans based on the working-class background of the club and their link to the railway workers of Milan.

In the Lion’s Den the group would unfurl banners with reference to Che Guevara alongside club colours, while neighbours Inter who drew support from the middle-class of Milan soon created their own grouping.

From the heartland of Italy’s communist area, the Red and Blue Commandos of Bologna soon arrived also, displaying clear left-wing leanings, while Sampdoria’s Tupamaros Fedayan founded in 1971 took their name from the left-wing Uruguayan guerrilla group.

Essentially the work of the Ultra was to take control of the curva (terrace) both practically and morally, this was done through early arrival, sometimes at least four hours before a game. Banners, flags and slogans were draped throughout the curva, two or three members were then selected known as capocurva.

The capocurva’s would face their fellow fans with back to the pitch and with electric megaphones direct, lead, and exhort fans in chants, songs and insults agreed with the hierarchy of the group in the build-up to the game.

Fans passionate cries from the curva would be enhanced by the added visual coreografia, as banners were unfurled and chants rang out through the stadium.

In 1976 Lazio’s right-wing ultra-group Gruppo Associati Biancoazzurri (known as Irriducibili from 1987 onwards) set the standard with a 56-metre-wide-banner of the club emblem ‘The Eagle’.

Obviously, these displays demanded both money and organisation, most groups were created using an informal system of internal promotion and hierarchy with leadership from older fans, those at the top of the group were known as diretorri.

This hierarchy was responsible for raising monies, organising transport to away games, purchase of artwork materials and storage. However, as their control grew throughout the curva and their work impacted the whole atmosphere in stadiums, they soon found themselves building covert relationships with club directors.

Such a relationship would see cheaper ticket prices for the ultra-group and less stringent security on the curva exchanged for continuing fanatical support.

Lax security led to more violence and confrontation as the Ultra groups sought to humiliate their opponents by stealing banners and displaying them on their curva.

Such behaviour led to more violent acts as systems of mutual alliance and antagonism created attack and counterattack, the Bologna Ultras attacking the ‘Inter Boy’s’ with knives prior to a Milan derby in 1977 is an example of this.

Rockets and flares became widespread in stadiums, no more so than in a clash between Vicenza and Verona in 1978, while clashes were commonplace outside stadiums even at so-called smaller venues including Ascoli and Brescia.

The shock of Vincenzo Paparelli’s death soon after led the authorities to implement metal detectors at certain football stadiums in Italy, but the corrupt relationship between the ultra-hierarchy and club directors alongside the failure of the police to control what was allowed into stadiums meant an attitude proclaiming more of a social problem than a football one.

By the mid 1980’s, every professional football team in Italy had been infiltrated by an Ultra group controlling the terraces. However, the remnants of radical political posturing and class affiliations influenced by the Sessanotto movement had been replaced by undiluted hedonism which featured intense regional and municipal parochialism or far-right nationalism that went beyond sporting behaviour and the original socialist ideological outlook.

Two days after the death of Vincenzo Paparelli the Il Messaggero reported that the flare fired from the AS Roma section was more like a ‘mini bazooka’ and a Doctor who was on the scene described Vincenzo’s horrific injuries.

Roma ultra – Giovanni Fiorillo (18) was identified as the man who fired the flare on that fateful day, after the incident he escaped to Switzerland writing to Vincenzo’s brother regularly looking for forgiveness. Fiorillo finally returned to Italy where he handed himself in to police.

Over forty years after his death Vincenzo Paparelli belongs to the unfortunate category of Italian football fans to have been killed in a football stadium in the country.
A plaque in his name has been unveiled at the Curva Nord and the fans of Lazio still remember their fellow fan through chants and banners.

Read – The Battle of Oriel Park: When The Troubles and football collided