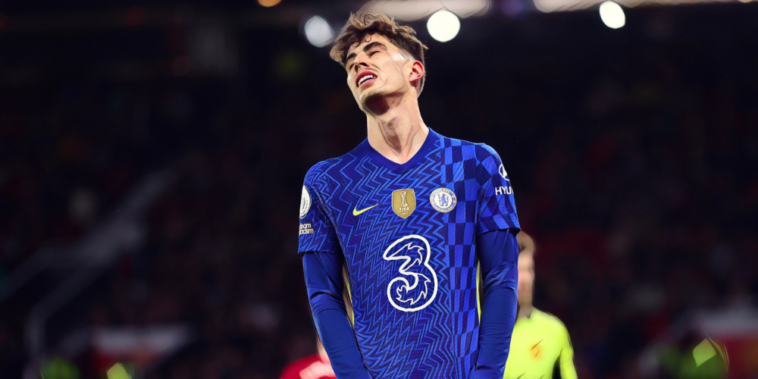 Thomas Tuchel says Chelsea lacked ‘determination in the box’ after the Blues were held to a 1-1 draw at Manchester United.

Chelsea were dominant for much of the contest against the Red Devils but struggled to make their superiority count at Old Trafford, with David de Gea in fine form as the hosts held on during a first half in which the West Londoners dominated.

Marcos Alonso opened the scoring on the hour with a volleyed finish, but Chelsea were pegged back almost instantly as Cristiano Ronaldo scored his 17th league goal of the campaign to equalise.

Kai Havertz was guilty of missing Chelsea’s best openings, with the German twice denied by De Gea as Chelsea looked to take control of the contest.

Tuchel insisted he was pleased with his side’s overall performance despite the draw, though suggested Chelsea lacked a clinical touch inside the penalty area.

“One team deserved to win and that was us. We didn’t take it,” he told Sky Sports.

“It was a very, very good performance but we were not decisive enough. We lacked a bit of determination in the box to win the game.

“It sometimes happens. It’s on us to learn from it. You need to be clinical to get the reward. We have to live with a point but it’s not a fair result.

“We worked so hard to get the lead and suddenly the opponent gets one free shot and scores.”

Chelsea remain third in the Premier League, eight points clear of fifth-placed Tottenham in the race to secure Champions League football, and next travel to face Everton on Sunday.

Read – Five of the best Manchester United vs Chelsea goals